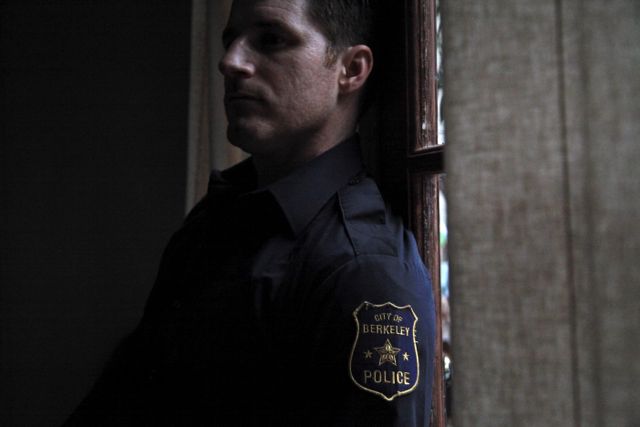 Sam Jaeger previously played a Navy Seal that fought alongside Bradley Cooper’s Chris Kyle in “American Sniper,” a film that tackled the brutal repercussions war has on the faith, sanity, and family life of soldiers. “Plain Clothes,” a new short Jaeger directed, co-wrote, and starred in, is another deep exploration of an American trying to balance serving his country and maintaining a happy household. Instead of fighting in the Iraq War, though, Jaeger’s character fights the war on crime.

The character actor plays Cole, a police officer haunted by the day-to-day atrocities he sees on the job. In the film’s opening, Cole explains to his psychiatrist that he’s essentially torn between two worlds. He’s unable to face his wife after each work shift without driving around the neighborhood block for half an hour. Going back to “American Sniper,” Cole suffers from many of the same anxieties as Bradley Cooper’s character, who also “needed a minute” before returning home.

This is a man that’s just on the brink of losing it, constantly asking himself deep philosophical questions concerning good verses evil, freewill, and God’s existence. Cole’s worlds collide when he encounters a potential suspect exiting a grocery store. Without giving too much away, Cole is eventually left with an imperative choice that will either push him over the line or bring him back to the light. He makes his life altering decision through one of the most powerful film edits of recent memory, leaving the audience gasping for air.

Jaeger fires on all cylinders here, carrying his film with a strong central performance, a sharp eye for direction, and thought-provoking dialog, much of which was inspired by actual conversations with overwrought law enforcers. “Plain Clothes” is a passionate piece about the toll posttraumatic stress disorder has on those trying to make the world a safer place for the rest of us to live in. It’s furthermore something of a perfect companion to “American Sniper,” both of which remind us that we owe these men and women more than just our gratitude.