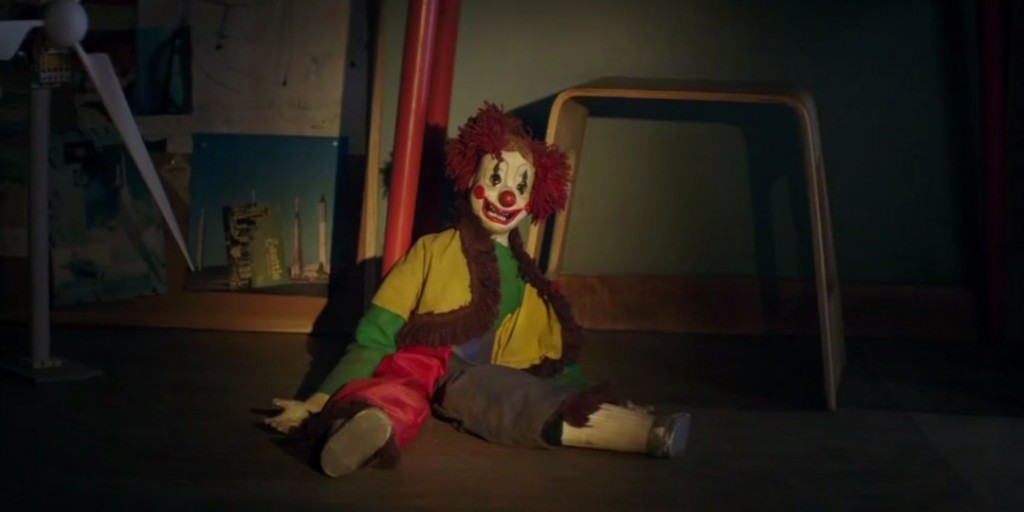 Have you ever wanted to see a remake of “Poltergeist” that was less intense, more CGI reliant, and presented in needless 3D? Of course you don’t, but they made it and its existence is about as warranted as the remakes of “Total Recall” or “RoboCop.” You’d think with a talented director, cast, and even Sam Raimi as a producer, this new “Poltergeist” might be able to stand on its own feet. Compared to the original and new paranormal classics like “The Babadook,” though, it doesn’t have a solitary scream. It doesn’t even have an eeep!

Instead of the Freeling family, this version focuses on the Bowens. Sam Rockwell plays the slacker father who responds to everything sarcastically, even when in life-threatening danger. Rosemarie DeWitt plays his dedicated wife and mother of three. Their offspring are comprised of Saxon Sharbino as their iPhone-addicted teenage daughter, Kyle Catlett as their astute son, and Kennedi Clements as their youngest daughter who gets a little too close to the TV. They buy a nice suburban house at a great price. The realtor neglected to mention, however, that it was built on an ancient burial ground and the spirits don’t take kindly to squatters.

Tobe Hooper’s “Poltergeist” still holds up as a creative, creepy flick with strong build up and even stronger payoff. This poorly paced “Poltergeist,” on the other hand, builds little suspense and fails to deliver any genuine thrills. If you’ve seen the first film, you know all the stops this one’s going to make, from the eerie tree to the demented clown doll. Even if you haven’t seen its predecessor, this remake practically spells out what’s going to happen early on. Then when the alleged frights come, you just kind of shrug them off. The irony that a PG film from 1982 is scarier than a PG13 film from 2015 really says something about the current state of horror and the rating system.

What makes the new “Poltergeist” even more disappointing is that it was directed by Gil Kenan, who made the wickedly entertaining “Monster House.” Actually, that animated feature felt much closer to what a modern “Poltergeist” should be than this movie. With Kenan behind the camera, we at least get a mostly well-crafted picture full of superb cinematography and lighting. Kenan also finds neat ways to work contemporary technology like iPads and drones into the action. Kenan falls short whenever he utilizes computer-generated images, though, which simply look lame and fake when stacked up against the original’s immortally impressive practical effects.

The performances are uniformly solid, but the only one who really stands out is Jared Harris as a supernatural expert. He’s not as memorable as Zelda Rubinstein’s pintsized spiritual medium, but Harris does have fun in the performance and makes it his own. Yet, most of the performers have the disadvantage of playing irresponsible idiots. When a character is stupid enough to put his arm in a hole in the wall of a haunted house, it’s clear that the filmmakers aren’t trying that hard

On top of all that, “Poltergeist” often seems unsure what tone it exactly wants to set with an uneven mix of cliché jump scares and comedic scenes out of a bad sitcom. Is it trying to be scary? Is it trying to be funny? Why was this movie even made? If they were aiming to bore the audience, however, then they definitely hit their mark.