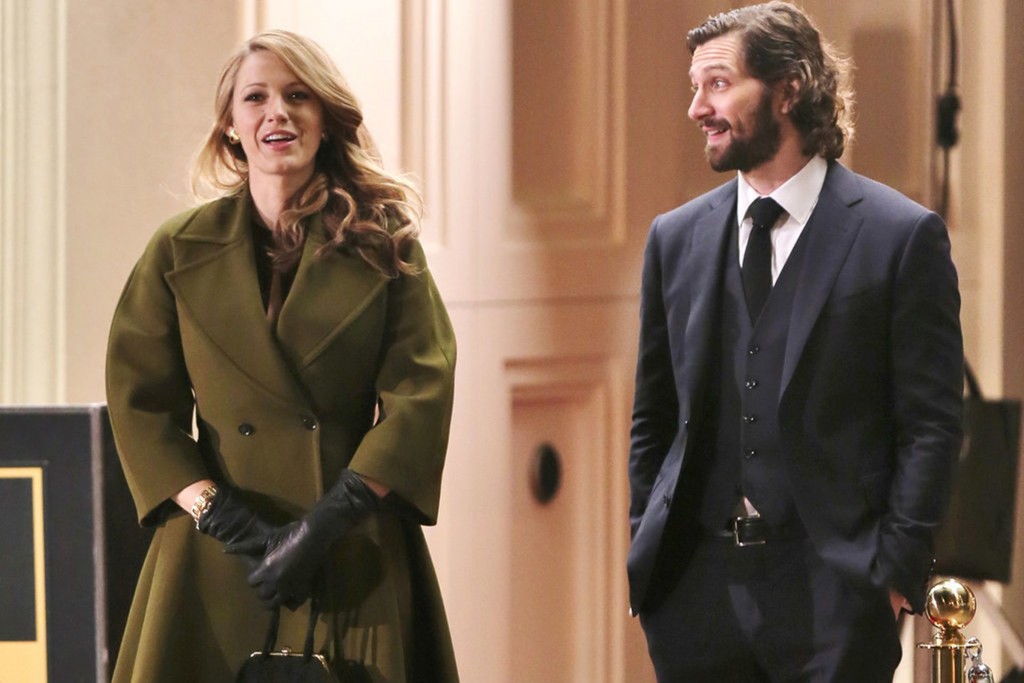 How much do you want to bet that next weekend somebody will try to get a ticket for “The Avengers: Age of Ultron” and accidentally purchase one for “The Age of Adaline” instead? It’s got to be more than a coincidence that these two movies are coming out within a single week of each other, right? Of course if real life were anything like “The Age of Adaline,” implausible coincidences would be natural occurrences. Whether you see it purposely or by mistake, this romantic fantasy is still a pleasant alternative to the swarm of action blockbusters on the horizon.

Blake Lively has done mostly solid work over the years in “The Town” and those “Sisterhood of the Traveling Pants” flicks. Here she’s elegant, charming, and a true shimmering star as the title character. Adaline is well over a hundred, but doesn’t look a day over thirty. How is this possible? Decades ago, Adaline crashed her car into a freezing lake during a snowstorm. Her car was struck by lightening and somehow this renders Adaline immortal. Um…are you guys sure this isn’t a superhero film because that’s about as feasible as Electro’s origin story.

Over the years, people start to notice that Adaline is aging even better than Elijah Wood. Out of fear of getting taken captive by the government, she’s forced to go on the run and continually change her identity. The only one who Adaline maintains contact with is her loving daughter (Ellen Burstyn), who now looks much older than her mother. Adaline finally lets her defenses down upon meeting a charismatic man named Ellis (Michiel Huisman). The two fall madly in love, but Adaline isn’t sure how to inform Ellis about the significant age difference.

Things only get more complicated when Harrison Ford enters the picture as somebody from Adaline’s past. Without giving too much away, there’s a twist in the film’s second act that’s going to have the biggest sourpusses in the audience rolling their eyes in disbelief. There are quite a few moments in “The Age of Adaline” that really don’t make much sense logically, even if it does try to work in some scientific jargon. A movie like this doesn’t need to be governed by logic, though. It’s a modern fairytale where the planets are aloud to miraculously line up. The question is whether “The Age of Adaline” is truly magical like “The Curious Case of Benjamin Button” or an abra-catastrophe like “Winter’s Tale.”

Thanks to the skillful direction from Lee Toland Krieger, universally heartfelt performances, and some nicely written scenes, this is a sincerely romantic movie. Such a film is difficult to come by in an era of Nicholas Sparks and “Fifty Shades of Grey,” but “The Age of Adaline” keeps you invested every step of the way. Even though some plot points can come off as forced and manipulative, the emotion here is 100% genuine and the characters all feel surprisingly authentic. It’d be especially easy for a film like this to throw in a one-note villain. Yet, everyone is essentially a sympathetic, caring human being that deserves to a live long, long, long, happy life.