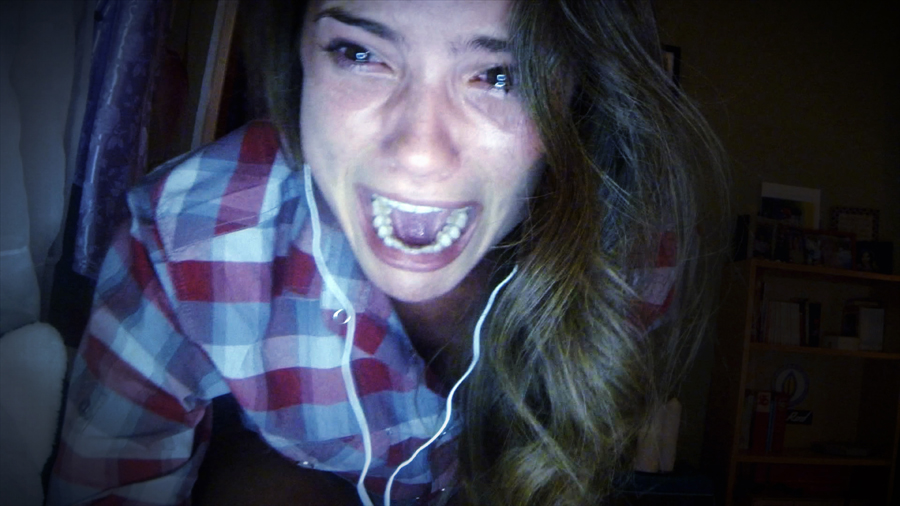 Just as “The Blair Witch Project” was far from the first movie to employ the found footage gimmick, “Unfriended” isn’t the first movie to be told through a webcam. We’ve seen this premise done before in “The Den,” “Open Windows,” and even an episode of “Modern Family.” Like “The Blair Witch Project” and “Paranormal Activity,” “Unfriended” is likely to be praised for its “innovations” upon initial released. Then after getting overexposed, audiences are bound to label it as overrated. Hype and inevitable backlash aside, however, this is actually a pretty fun ride.

Shelley Hennig plays a high school student named Blaire. Again, is this movie trying to draw comparisons to “The Blair Witch Project?” While chatting with her BF and four BFF’s on Skype, a mysterious seventh guest joins the party. The unknown user has seemingly hacked into the account of Laura Barns, a party girl who committed suicide one year ago. As the friends receive more messages and videos, it becomes clear they’re not dealing with a run-of-the-mill hacker. As each person loses their connection, they also lose their life.

Director Levan Gabriadze does an exceptional job at portraying the mystical realm of the desktop, crowding every scene with Facebook, YouTube, Instagram, Chatroulette, iChat, and email. The way Blaire is constantly typing one thing then rethinking her post before sending it is also a nice touch. Even the Universal logo leading into the film has a glitchy charm to it. As well made as “Unfriended” is, none of it would matter if the story had nowhere to go. Surprisingly, the film does amount to an involving narrative with something to say.

This premise provides a lot of inspired commentary concerning privacy, social media, the current state of human communication, and, above all else, cyberbullying. Most movies and TV shows aimed at teenagers strictly differentiate the good guys from the bad guys. As our protagonists are forced to share secrets with each other, though, we see that bullying can come from the most unexpected sources and people. In the end, there isn’t really a villain in “Unfriended.” There’s just a group of naïve kids that make some stupid choices via a tool that far too many people have utilized to promote ignorance.

Even with its underlying themes, “Unfriended” never takes itself too seriously like “The Purge” or “Saw” movies. The film knows that it’s an absurd popcorn flick, embracing its silliness with inventive frights, twists, and laughs. Some will call it groundbreaking while others call it just dumb. Much like Jason Reitman’s “Men, Women & Children,” it’ll be interesting to see how a film like this plays in another decade or two. For now, though, it’s a friend request well worth accepting.