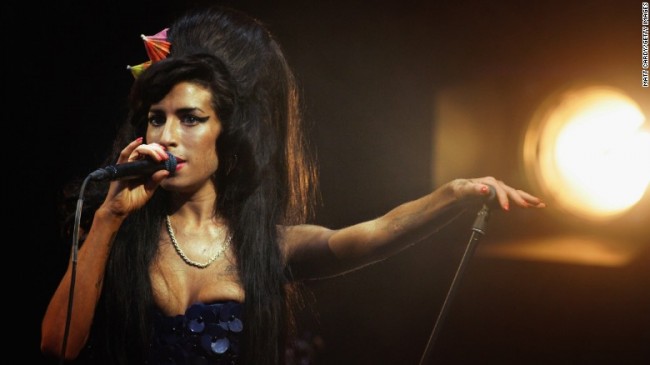 London- based director Asif Kapadia’s documentary about English singer-songwriter Amy Winehouse is a meticulously crafted work of art. It tells its enthralling story of an immensely talented and troubled girl from a dysfunctional Jewish family, from North London, in an intimate and heartbreaking manner.

Winehouse wrote and composed her own songs and used her struggle with drugs and alcohol to further her artistic intent. To make the viewer aware of her powerful lyrics, Kapidia superimposed them onscreen as we watched her soulful deliveries. This inspired technique made the performance footage become electric, compelling and engaging.

While the structure of the documentary contains many familiar tropes, the mix of home movies and road  footage draws you into her agonizing descent. She lived for jazz and pop and was a “Billie Holiday” for her generation. In her brief career she only made two albums. The first called “Frank” was a jazz inspired foray and her last titled “Back to Black” was a girl group inspiration with a heavy dose of R&B.

Her ascent to the top of the music world was breath-taking and her descent terrifying. Her boyfriend and later husband, Blake Felder, drew her into the narcotic vortex as did her greedy father who kept pushing her to take more gigs. The relentless pressure of the news media, managers, and record companies drove this sensitive girl off a cliff. In 2011, at the tender age of 27, Amy died of alcohol poisoning.

Asif Kapadia’s other documentary “Seena”; about a Brazilian Formula One racing legend, Aryton Seena, was highly acclaimed. ‘Amy’ caused a sensation at Cannes 2015 and is being distributed as an “event film” by A24 who says it is planning an Oscar push for the work.

‘Amy’ is one of the year’s best documentaries and is best seen in a theater.