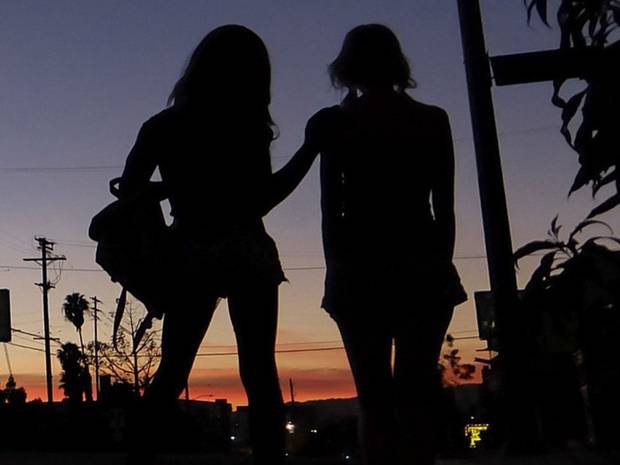 It takes a New York native and NYU Film School graduate to capture the marginalized world of   two black transgender prostitutes (“trannies”) living on the seedy streets of Los Angeles. Sean Baker, who directed and co-wrote this authentic tale, shot it with DP Radium Cheung on a tricked-out iPhone 5S utilizing a FiLMiC Pro2X iOS Video App. which allowed them to shoot at 24 frames per second and lock exposure and focus. The sound was recorded on Sound Devices’664 Production Mixer and rendered a crisp and focused dialogue.

This character-based film has at its core a “tranny” dressed in a blond wig and hot pants named Sin-Dee (a vibrant Kitana Kiki Rodriguez) pursuing her elusive pimp-lover, Chester (a snarky James Ransome) . Sin-Dee is on a rampage with her friend Alexandra (Mya Taylor) all over this down-and-out, little-seen Hollywood.

Baker directed these disenfranchised characters with emotional resonance. The film is abundant in improvisation and Baker and co-writer Chris Bergoch create a film that jumps off the screen with its screwball sensibility and fascinates you visually with its high contrast and peripatetic cinematographic style. Rather than shooting on a set, the location of Hollywood’s Highland Avenue and Santa Monica Boulevard becomes a character all to itself. There is a scene with an Armenian cabdriver named Razmik (Kareen Karagulian) who thinks he has picked –up a “hot” young woman that will startle you for its ugliness and authenticity. Dealers conducting business in fast-food restaurants and hookers pricing their tricks are all part of this meth-infused and smoky world.

This cutting-edge micro-budget art film takes guerilla style filmmaking into the 21st Century. Magnolia picked up the film four days after its Sundance Next category premiere fighting off IFC and A24 with a “high six figures” deal.