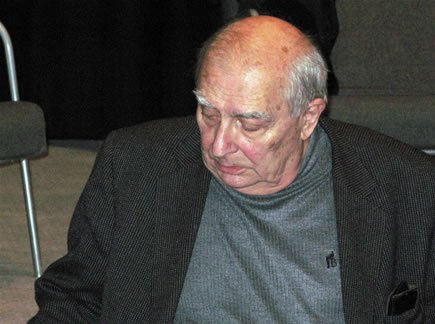 Claude Chabrol, one of France’s most celebrated filmmakers, died on Sunday,September 12 at the age of 80.

He was best known for helping to pioneer the French New Wave, a revolutionary film movement in the 1950s and 1960s that challenged classic cinematic conventions. Chabrol, like his contemporary New Wave filmmakers Francois Truffaut and Jean-Luc Godard, began as a critic for the influential film magazine Cahiers du Cinéma, before embarking on a filmmaking career that emphasized radical editing and narrative techniques as well as a unique visual style that was heavily influenced by Italian neorealism.

Chabrol was a prolific filmmaker who directed some 60 films, including Hell and The Butcher. His last film in the director’s chair was 2009’s Bellamy. “Each time that a director disappears, a particular way of looking at the world and an expression of our humanity is lost forever,” France’s Association of Film Directors said in a statement.