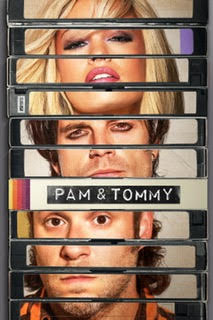 PAM AND TOMMY is a brilliant fairy tale following the public perception of the romance between Playboy’s 1990 Playmate of the Month (and the magazine’s frequent covergirl) and BAYWATCH star, Pamela Anderson and rock star Tommy Lee. The Hulu series focuses on the married couple’s infamous private sex tape that went public.

This has led to every wannabe hip-hop video vixen, and maybe even a few Bravo housewives, having a sex tape. There wouldn’t be the Kardashians society-killing empire launch without Kim’s sex tape.

Tommy Lee (Sebastian Stan) is an asshole. He has been famous as the founding member and drummer of the heavy metal band Mötley Crüe for so long that his personality has entered the sphere of outsized rock star privilege. Tommy treats everyone as his lowly servant. He is incapable of understanding anything but his own desires. A Tommy whim is sacrosanct. He knows no boundaries.

Then Tommy sees Pamela Anderson (Lily James) at a nightclub. They marry four days later and through all the episodes of PAM AND TOMMY, Tommy treats Pam as if he found the Christ Child. He worships her, never raises his voice and champions her career. Tommy is so gentle to childlike Pam, he’s the reigning White Knight of Rock Star Romance.

Hence, the modern day fairy tale. Pam was photographed at a Canadian football game and caught the attention of a Playboy scout. According to PAM AND TOMMY, Pam was a kitten that gilded through Hollywood without ever seeing or participating in the seedy side of celebrity life. 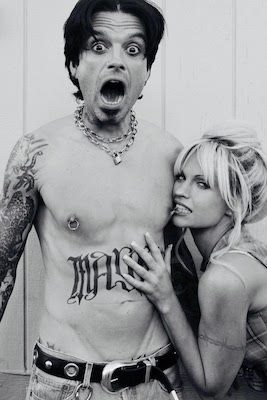 There has never been a price tag on Pamela Anderson.

And even though Pamela Anderson and Tommy Lee had nothing to do with the series, Pam triumphs as the sweetest woman who ever walked the earth.

Allegedly, according to Hef’s former girlfriend Sondra Theodore, who dated him in the late 70s/early 80s, he had sex with her dog. Hef’s former valet and security guard, Stefan Tetenbaum, also claimed to have seen “sex with dogs” in the mansion. Former “bunny mother” PJ Masten acknowledged that drunk porn star Linda Lovelace was coerced into performing oral sex on a German shepherd by a herd of mansion guests and says that Hef had sex tapes of women as “collateral.” Theodore added, “The thing is, he had tapes on everybody.” Tetenbaum added that the tapes wasn’t just sexual in nature: “Every place had microphones and little cameras… we had to be very careful because we knew we were being monitored.”

Every sex act – by everyone no matter how famous – was recorded. Drug overdoses, rapes, assaults and even deaths went unreported.

Who had the larger sex tape vault? Jeffrey Epstein or Hef? Epstein did have that mysterious blue temple that has thus far failed to reveal its purpose. Apparently, no one who ever went inside it ever came out. 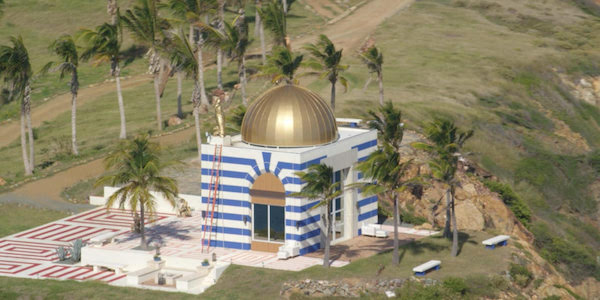 So Pam leaves the Playboy Mansion to start a show business career but, according to PAM AND TOMMY, stays a child-woman free of the ugliness of Hollywood’s competitive, sex-for-jobs milieu. Pam is so sweet and, lucky girl, she has the obsessive love of a major rock star!

It’s not believable but there it is. The Hulu series treats Pam beautifully. She glides through Hollywood with her Canadian morals intact.

PAM AND TOMMY focuses on how their private sex tape was stolen and then became a viral sensation. For $59.95, I never saw it. Now, I want to hunt those torrent sites to download a copy.

Did Gauthier sell the tapes for $175 from the trunk of his car?

While the sex tape guarantees Pam as a sex goddess, she believes the tape destroys her career (though she has continued to pose nude over for decades). I haven’t seen the tape yet, but all reports say that for Tommy, it heralds his oft-rumored, well-endowed penis. Tommy must clearly love the notoriety of his girth and staying power.

Mick Jagger, eat your heart out!

Following his absolute love for Pam, Tommy agrees to file a lawsuit. PAM AND TOMMY has Pamela not wanting any money for the tape. 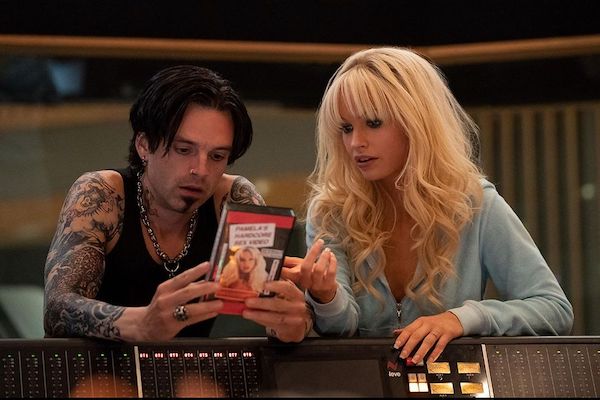 James is sensational as Pam and Stan looks the sexiest he has ever been as the exhibitionist Lee. Lee might well be a horrible person but Stan makes him fascinating. When Lee is not in a scene, we want to know what he is doing.

After two children, Pam and Tommy divorce. But their legend of love gave birth to a quick stab at celebrityhood by “leaked” sex tapes.

Did Harvey Weinstein make tapes with his willing sex partners? If he did, his failure to present them during his New York trial landed him in prison.