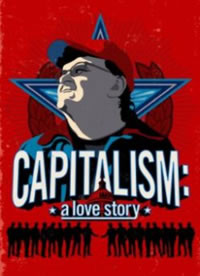 Dutch cinema circuit Pathé Netherlands, a long-time collaborator with IDFA through its Tuschinski and Munt theaters which host many of the festival’s  events and screenings, is launching a new documentary label called Pathé Docs, aimed at bringing documentaries to a wider audience.

The label, which has been devised in close collaboration with IDFA, will go live during the festival with the screening of three IDFA titles – Icelandic eco-doc Dreamland, Michael Moore’s Capitalism: A Love Story and factory farm exposé Food, Inc. Aside from screening the three IDFA titles in its theatres in the provinces, Pathé will also promote the films and two other IDFA pictures (The Yes Men Fix the World and The Audition) on its mainstream website and email services.

After IDFA, Pathé Docs will expand its slate to include content from a range of distributors including Cinema Delicatessen, National Geographic, By Experience and IMAX. The latter recently announced a joint venture with Pathé Netherlands to build three new digital systems in Holland.

“We’ve been working closely with IDFA for some six to seven years now, and in that time it has become much more professional. The IDFA banner has become almost a recognized quality label in the documentary industry,” Pathé Events spokesman Darren Staines, who spearheaded the new label, stated here this past weekend.

“At the moment, documentaries seem to be hidden away, shown only in an art-house sort of environment and seen by a fairly closed group, but they can do incredibly good business,” he added.