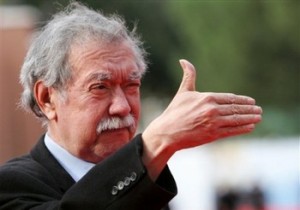 An era of European filmmaking has now passed with the death last week of director Raul Ruiz. Although born in Chile, he spent most of his career working in France and in  Europe, bringing together a kind of old world and new world sensibility in more than 100 films, an astonishing number for someone who only reached age 70 (young by today’s standards). As word of his death last week in Paris spread through film circles, his latest film MYSTERIES OF LISBON, a 4 ½ hour labyrinth of social relations in 19th century Portugal, is on big screens across the world. 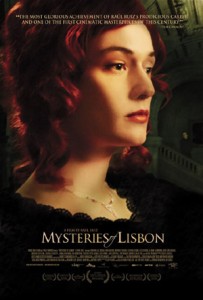 Indulging his passion for storytelling on a large social canvas, MYSTERIES OF LISBON is a twisting chronicle of the Portuguese aristocracy during the civil wars of the 19th century that film critics have hailed as a milestone of his career. Based on a sprawling 19th century novel by Camilo Castelo Branco, the project was originally produced for series television over a six hour time frame. It was so well received that a 4 plus hour version was eventually created for the film festival circuit and it is that version that now appears on select arthouse screens across the United States and Canada following its debut at last year’s New York Film Festival.

Ruiz’ personal story is equally fascinating. Born Raul Ernesto Ruiz Pino in 1941 in southern Chile, his father was a merchant marine captain with whom he sailed all over the world on his summer vacations. As a boy, he was fascinated by cowboy movies and Flash Gordon serials. Although he studied law at the University of Chile, he true fascination was with the theater and he began writing stage plays and, eventually, film scripts. He eventually dropped out of the attorney track and enrolled in a film school in Argentina, where he worked as an editor on television news programs and as a scriptwriter for telenovela soap operas produced by Televisa in Mexico. This experience cemented his interest in both pop culture and the sprawling conventions of serial narrative. 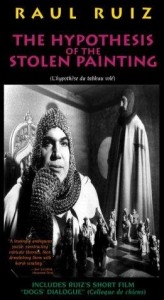 Ruiz came of age as a filmmaker after the socialist revolution of Salvador Allende in 1970. His first feature film THREE SAD TIGERS, an experimental sociopolitical comedy, won the top prize at the Locarno Film Festival. He  was employed by the state film agency Chile Films, making a series of rather surreal films  that deal with socio-political issues, most notably THE PENAL COLONY, a reinterpretation of the Franz Kafka novel, and  THE EXPROPRIATION, a moralistic fable on land reform that exposed a nest of social contradictions. When the Allende regime was overthrown in 1973 (by a CIA coup), Ruiz sought asylum in France with his wife and family. There he embarked on a varied and productive career as a director for film, television, video and the theater, making him one of the most celebrated filmmakers of his generation, although one with a reputation for politically-tinged subjects with a somewhat elusive quality. 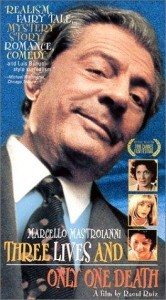 In DIALOGUE OF EXILES (1974), he made a semi-autobiographical docu/drama about a group of displaced Chileans struggling to find a footing in Paris. He often made his films for television, which championed his obtuse style, with such films as MAN SCATTERED AND WORLD UPSIDE DOWN (1975), THE SUSPENDED VOCATION (1977) and THE HYPOTHESIS OF THE STOLEN PAINTING (1978). He returned to theatrical filmmaking in the 1980s, with THE TERRITORY (1981), the story of a group of tourists who lose their way in the forest and descend into barbarism, telling produced by shlockmeister Roger Corman. In TOP OF THE WHALE (1981), he tells the fanciful tale of an anthropologist who studies the last two members of a lost Indian  tribe who speak a language consisting of only one word. His next films THE THREE CROWNS OF THE SAILOR (1982) and CITY OF PIRATES (1983) won him awards and admirers in the intellectual film festival world. 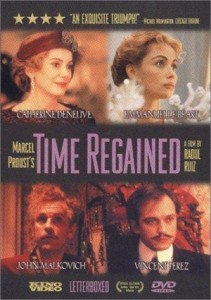 In the 1990s, he began his the most fertile and popular period of his career, often working  with big name stars. In THREE LIVES AND ONLY ONE DEATH in 1996, he offered the aging Marcello Mastroianni one of the best roles in his career. He cast French screen legend Catherine Deneuve in GENEALOGIES OF A CRIME (1997) and worked with Isabelle Huppert in COMEDY OF INNOCENCE (2000). He worked several times with the actor John Malkovich, most notably in a biopic about Austrian artist KLIMT (2006). However, his most celebrated film of the period was TIME REGAINED, a retelling of the Proust novel, which included a lineup of stars that included Catherine Deneuve, John Malkovich, Vincent Perez and Emmanuelle Beart. The film reflected his adeptness at period filmmaking on a grand scale, with complex, interwoven personal dramas that became his trademark. At the time of his death, due to complications of a lung infection, he was working on his final film, THE NIGHT AHEAD, based on stories by the Chilean writer Hernan del Solar. Expect this film to make the festival rounds this year and for there to be tributes a plenty to an individualist with a great sense of style and a reverence for history.