Fellini, Rossellini, Visconti, De Sica, Pasolini, Bertolucci, Antonioni……these are some of the greatest masters of the art of filmmaking. All of the above, and several others, are included in the Days Of Italian Cinema event at the Zlin Film Festival, a true feast for cinemaphiles. Italian film has been a lively inspiration for filmmakers for decades and despite the frequent opinion that Italian cinema is dead or dying, there comes a new generation to take the place of the old masters. In fact, contemporary Italian cinema is seeing a kind of artistic renaissance as young filmmakers adopt the styles of their forebears with a mix of European aesthetic and American sass to create some interesting new films. From the masters of neorealism to contemporary artists, this special section of the Zlin Film Festival has something to offer all members of its audience.

Several filmmakers are represented with more than one title, which is only appropriate considering their stature and productivity. Fellini, the great expressionist, is represented by four films: THE WHITE SHEIK (1952), his first international hit; LA STRADA (1954), the Oscar-winning road film starring his wife Guilietta Massina and international movie star Anthony Quinn; LA DOLCE VITA (1960), his masterpiece about the decadence of post-war Rome; and ROMA (1972), the director’s love letter to his adopted city.

The giants of the genre that became known as neorealism, which used the devastated Italian landscape following World War II as their backdrop, are well represented here. ROME: OPEN CITY (1945) by Roberto Rossellini was a watershed in combining dramatic performances in a semi-documentary style and created an international sensation in its time. Of equal stature was Vittorio De Sica, whose 1949 film BICYCLE THIEVES is a beloved classic of the genre. He is also represented by MIRACLE IN MILAN (1951), a controversial film that was banned in many countries for its satire of Christianity, and which stars the luminous Anna Magnani. Another film that  mines the Christian aesthetic with remarkable effect is THE GOSPEL ACCORDING TO ST. MATTHEW (1964) by the iconic Pier Paolo Pasolini, in a simple telling of the Christ story with revolutionary overtones. Pasolini is also represented in the program with TEOREMA (1968), a satire of Italian bourgeoise values as embodied in a rich Milanese family.

Also using a faux documentary style early in his career was Luchino Visconti, whose film THE EARTH TREMBLES (1948) offers a moving portrait of the hard lives of Sicilian fisherman. Ironically, Visconti would later abandon this spare aesthetic to become one of the great visual stylists of cinema, and he is represented beautifully here with his best-knwon film DEATH IN VENICE (1971), a moody and brilliant adaptation of a famed novel by Thomas Mann. Less familiar to general audiences is Mario Monicelli, who told stories with a political vigour, including the films BIG DEAL ON MADONNA STREET (1958) and THE ORGANIZER (1963), both starring the iconic Marcello Mastroianni. 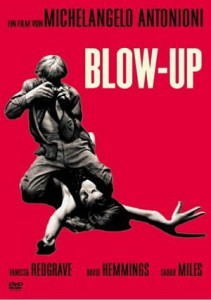 For films simply dripping with style, you need look no further than BLOW UP (1967), director Michaelangelo Antonioni’s groovy crime thriller set in swinging London; ROMEO AND JULIET (1968), director Franco Zeffirelli’s gorgeous adaptation of the Shakespeare classic; and THE CONFORMIST (1970), director Bernardo Bertolucci’s seminal drama about fascism and intellectual cowardice. Other “golden age” films in the program include the Mafia drama THE DAY OF THE OWL (1968) by Damiano Damiani, the family drama THE BOY FROM CALABRIA (1987) by Luigi Comencini, and the nostalgic Oscar winner CINEMA PARADISO (1988) by Guiseppe Tornatore. 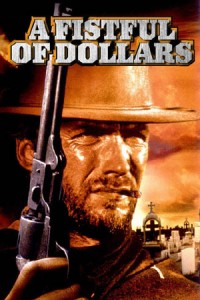 As if this was not enough, the Festival is also using this Italian salute to revive the classic “spaghetti westerns” of the 1960s and showcase some contemporary Italian titles. The undisputed king of the “spaghetti western” was the director Sergio Leone, and his classic quintet of films will be shown, including A FISTFUL OF DOLLARS (1964), FOR A FEW DOLLARS MORE (1965), THE GOOD, THE BAD AND THE UGLY (1966) and ONCE UPON A TIME IN THE WEST (1968).

Contemporary Italian films include INTO PARADISO, a multi-cultural drama set in Naples by director Paola Randi; THE HOUSE BY THE MEDLAR TREE, a contemporary adaptation of a famed 19th century novel about a Sicilian fishing family directed by Pasquale Scimeca; I AM WITH YOU, an innovative re-telling of the Christ story by director Guido Chiesa; PETTY LETTERS AND LOVE CRIMES, a modern version of Cyrano De Bergerac written and directed by Gianfrancesco Lazotti; THE NIGHT BEFORE THE EXAMS TODAY, an ensemble youth dramedy set in the 1980s by director Fausto Brizzi; 18 YEARS LATER, a tender family reconciliation drama by director Edoardo Leo; and THE TIGER AND THE SNOW, a satire on love, war and Tom Waits, written, directed and starring Oscar-winner Roberto Benigni.

That, ladies and gentlemen, is quite a range of film genres, and all are on display this week at the Zlin Film Festival. For more information on these and other films playing here this week, visit: www.zlinfest.cz/en