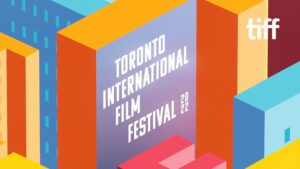 I am so excited to be headed back to Toronto after a three-year hiatus. I have been twice—in 2018 and 2019—and covered last year’s festival virtually. Founded in 1976, the Toronto International Film Festival (or TIFF) always features a diverse collection of movies from around the world, many of them global premieres. It’s also a great advance look at what might be in contention for the upcoming awards season. What follows are 10 films I look forward to seeing, and if you are going, too, then perhaps we’ll meet at a screening.

Canadian Métis director Marie Clements (The Road Forward) takes on the legacy of colonialism and violence against the indigenous populations of her country, telling the tale of Cree matriarch Aline Spears. Sure to be a powerful saga.

Co-written by star Billy Eichner (truTV’s Billy on the Street series), Bros is an LGBTQ+ rom-com with what looks (from the excellent trailer) to be both heart and wit in copious amounts. Can’t wait.

Jennifer Lawrence (Red Sparrow) plays a soldier recovering from serious injuries on the battlefield in Afghanistan, waiting for the okay to return to the front. It promises deep insights into trauma and healing.

After the grotesque QAnon-inspired backlash to her 2020 debut feature, Cuties, director Maïmouna Doucouré deserves a break. Hawa tells the tale of a Parisian teenage girl who lives with her terminally ill grandmother and dreams of being adopted by Michelle Obama, soon to visit France. I’m in.

Director Stephen Frears teams up once more with writers Steve Coogan and Jeff Pope (all of them collaborators on the 2013 Philomena) to explore the real-life story of an amateur historian who went up against official bureaucracy to discover the true final resting place of England’s King Richard III. Sally Hawkins (Spencer) stars (along with Coogan).

My Sailor, My Love (Klaus Härö)

Finnish director Klaus Härö (The Fencer) offers this alternately grim and romantic drama about the fraught relationship between a retired Irish naval captain and his middle-aged daughter. When he takes as his lover the very housekeeper she hired for him, a full lifetime of bitterness and regret take center stage. Tough at times, but ultimately rewarding (I’ve seen it already).

The great actor and director Sidney Poitier died early this year at 94. An onscreen pioneer at a time when there were almost no Black faces in leading Hollywood roles, he will not soon be forgotten. Director Reginald Hudlin (Marshall) helms this documentary that features an esteemed cast of talking heads from all walks of life. This may be the film I most look forward to seeing.

Another movie I’ve watched ahead of time, Until Branches Bend is a well-crafted, tense indie drama about what happens when one brave soul goes up against a system designed to squash all dissent. Grace Glowicki (Tito) stars as a young woman, who works as a peach-cannery grader, who finds a potentially destructive beetle inside one of the fruit. Even though everyone tells her to let it go, she won’t, to dire consequences. Sophie Jarvis directs, making her feature debut.

While We Watched (Vinay Shukla)

Much of the world is sliding, not all that slowly, backwards into authoritarianism and groupthink. It’s certainly happening in America, and in director Vinay Shukla’s documentary While We Watched, we see how it’s happening in India, too. News anchor Ravish Kumar of NDTV is one of the final holdouts in a media landscape that panders evermore to the Hindu nationalism of leader Narendra Modi’s Bharatiya Janata Party (BJP). Increasingly challenged and harassed, he and his colleagues continue to fight the good fight. It’s harrowing to watch (I’ve also seen this one).

I confess that this movie may not fit into my crazy screening schedule (I’m only in Toronto for four days), but I really want to see it. Sarah Polley (Stories We Tell) brings her first features in ten years to the screen with Women Talking, which explores sexual abuse within an insular Mennonite community. Frances McDormand (Nomadland) headlines an all-star cast.

For tickets to these and other films, check out the festival website. Enjoy!