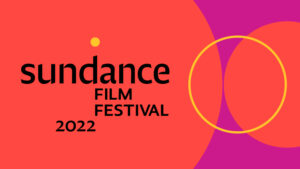 This year’s Sundance Film Festival was supposed to take place both in person and virtually, building on the success of 2021’s remote portal, which proved easy to use and brought the great film selections directly into our homes. Sadly, though the organizers had every intent of holding a hybrid event in 2022, Covid’s Omicron variant thought otherwise, and here we are now with a repeat of last year’s format, running runs January 20-30. Not to worry, though (beyond the general concerns that we all share, at present), as there are great movies on offer. and three of us at Film Festival Today are here to each offer five choices we recommend.

When You Finish Saving the World (Jesse Eisenberg): In this adaptation of his award-winning audio drama, Jesse Eisenberg takes over the directorial reins for the first time to tell this story of a mother who works at a domestic-abuse shelter and her struggle to understand her internet-musician son. The dynamic between the two is brought to life via the sensational talent of Julianne Moore (The Glorias) and Stranger Things (the Netflix series) star and real-life band front man Finn Wolfhard. As a writer, Eisenberg has demonstrated genuine wit, humor, and cultural acuity, and it will be fascinating to see how these qualities translate to his directing ability.

Free Chol Soo Lee (Julie Ha/Eugene Yi): A documentary detailing the life of Chol Soo Lee, a Korean immigrant wrongfully convicted of a 1973 murder in San Francisco at just 20 years of age, this film takes on a complicated figure and the movement his imprisonment spawned. What is sure to be a compelling and enlightening meditation on advocacy, racism, and the prison industrial complex, Free Chol Soo Lee is likely to provide thoughtful insights regarding how those issues affect an individual and what it means to be the face of a movement.

FRESH (Mimi Cave): As an unashamed lover of rom-coms, this story about a woman who finds herself in a classic meet-cute after dealing with constant frustration on dating apps certainly drew me in. What really intrigued me, however, is that the film is actually a thriller in disguise. It coyly promises to make the so-called “horrors of modern dating” exactly as described when a young couple goes on a weekend getaway that reveals something more sinister about the new beau. Headlined by Sebastian Stan of Marvel fame and the appropriately fresh face of Daisy Edgar-Jones, whose performance in 2020’s Normal People (a Hulu series) guarantees my interest, the mystery of how this simple setup can spiral into a modern allegory is one I cannot wait to see.

The Mission (Tania Anderson): In her directorial debut, Tania Anderson follows the lives of four American LDS missionaries who each serve in her adopted home country of Finland. I am curious to learn about how these cultural attitudes affect the missionaries’ relationship to the people, their faith, and themselves in a nation where atheism is quickly on the rise. Considering that it is premiering at a festival based in Utah, a state in which more than half of the population identifies as Mormon, this makes the question of how the filmmakers will frame their subjects all the more interesting.

Watcher (Chloe Okuno): Yet another directorial debut, Watcher sounds like a classic psychological thriller that guarantees an exciting festival experience. Following a woman named Julia after she quits her acting aspirations and moves with her husband to Romania for his job, this story takes a suspenseful turn when Julia begins to feel she’s being watched and learns that a serial killer has been haunting the streets of the city. Led by the gifted Maika Monroe (It Follows), Watcher is bound to be a gripping character study backed by strong performances in a unique setting.

I Didn’t See You There (Reid Davenport): With I Didn’t See You There, Reid Davenport explores an issue known by many in the disabled community: that of the unwanted gaze. The staring at your chair or ogling how you walk—or worse, being ignored as if invisible—is all under investigation here. A cinematic personal essay, this documentary is my top pick for Sundance this year. Representation and storytelling by those actually living the experience are crucial, and something Sundance has thoughtfully programmed the last few years. I look forward to experiencing how Davenport sees the world as he navigates how the world sees him.

We Met in Virtual Reality (Joe Hunting): I owe Joe Hunting everything. For the first time, my son, who lives completely for VRChat, is recognizing that what I do matters and is actually going to watch a Sundance film, We Met in Virtual Reality, with me for the first time. VRChat is a social platform where players meet in virtual reality and build worlds together, hang out, or, in the case of Hunting’s film, fall in love. Every year it gets even bigger and this trend will not stop. Of particular interest to me, accessible things are happening there, such as VR sign language and audio descriptions that many of us in the real world are taking our sweet time implementing; VR language is now a real thing. Disclosure: my son gave me a lot of this history and helped me write this paragraph.

Nothing Compares (Kathryn Ferguson): Even before recent tragedies, Sinéad O’Connor has been an enigma and unlike anyone else. Her fight against the Catholic Church, against the misogyny of the recording industry, and her powerful voice have been something I have closely followed her entire career. The debut feature from Irish director Kathryn Ferguson (who has spent a decade in short-form documentaries) will be extraordinary.

Last Flight Home (Ondi Timoner): Last Flight Home is a deeply personal and moving story of filmmaker Ondi Timoner’s father’s decision to medically terminate his life. As Timoner films his last days, she records her family and the struggle to handle his choice. Timoner is a two-time winner at Sundance and is one of my favorite filmmakers today. She rarely turns the camera around on herself, focusing on others first, so given her emotional approach to storytelling, this film will resonate.

Piggy (Carlota Pereda): When I first saw Carlota Pereda’s short film Piggy in 2019, I knew I had stumbled upon one of the freshest voices in cinema. The feature-length version of the film, also titled Piggy, is about a teenager, bullied for being overweight, who looks the other way when her tormenters are kidnapped. The movie goes in unexpected directions for a genre film and navigates the inner turmoil of a teenage girl in bloody and fascinating ways. Expect lots of gore and a smart, insightful approach.

Long Line of Ladies (Shaandiin Tome/Rayka Zehtabchi): Director Rayka Zehtabchi, with her Oscar™-winning short documentary End of Sentence., demonstrated a firm cinematic commitment to highlighting women’s stories, particularly those surrounding menstruation. In her new nonfiction short, Long Line of Ladies, she is joined by Shaandiin Tome (Mud), and together they tell the tale of how the Karuk Tribe of northern California resurrected their long-defunct Ihuk, or Flower Dance Ceremony. As an opening title card informs us, “the ceremony was held for generations without interruption until the violence and destruction brought on by the Gold Rush, where Native American girls and women were victims of sexual violence.” Today, it is a joyful affair, and it is a joy to watch the central protagonist prepare for it. May we all celebrate girls becoming women in such a safe and loving environment.

Mars One (Gabriel Martins): From Brazilian filmmaker Gabriel Martins (In the Heart of the World) comes a fictional narrative ripped from the actual state of our world today. A working-class family struggles in the wake of the election of a right-wing president, concerned about their fate in a country that appears to reject values dear to them. Despite the political background, Martins chooses to focus on the everyday lives of his characters, embracing the beauty of ordinary ambitions. Though I have yet to watch it, I sense this will be something special.

TikTok, Boom (Shalini Kantayya): First there was tick, tick…BOOM! Now comes TikTok, Boom. Not at all the same thing! And yet, still fine. In the film, documentarian Shalini Kantayya (Coded Bias) explores the universe of the current top social-media app, the titular TikTok, where users can record, upload or watch video content to their heart’s utmost desire. They can also make a lot of money if they go viral. Since the parent company, ByteDance, is based in China, however, the usual privacy concerns of our modern age are further compounded by the risk of those in Beijing gathering everyone’s data. Kantayya covers many of the app’s ins and outs, and if the movie leaves some questions unanswered, it still illuminates the issues in a way that allows us to depart with new information in hand, ready for further investigation.

To the End (Rachel Lears): In her previous documentary, Knock Down the House, director Rachel Lears explored how a number of progressive candidates challenged the status quo by running against establishment figures in their own party. One of those was Alexandria Ocasio-Cortez, whose victory in her own race propelled her to national prominence (Missouri’s Cori Bush was another subject, and though she lost her race in 2018, came back to win in 2020). Now Ocasio-Cortez and Lears partner again, along with others, in what promises to be a searing look at the existential climate crisis that global leaders are doing their best to ignore. The end is nigh! Watch on …

The Worst Person in the World (Joachim Trier): Though I am unfamiliar with the previous work of Norwegian director Joachim Trier (Thelma), I was happy to discover him with his latest, The Worst Person in the World, which has been playing film festivals since it premiered at the 2021 Cannes Film Festival, where lead Renate Reinsve (The Affected) won Best Actress. Described at the start as a “a film in 12 chapters, a prologue and epilogue,” the movie follows Julie (Reinsve) as she experiences the highs and lows of love, sex, heartbreak and metaphysical longing. A coming-of-age narrative for adults, The Worst Person in the World is effortlessly moving, delivering pain, joy and, above all, joie de vivre.

Curious how you can see some or all of these? Visit the festival website for information on tickets to virtual screenings.