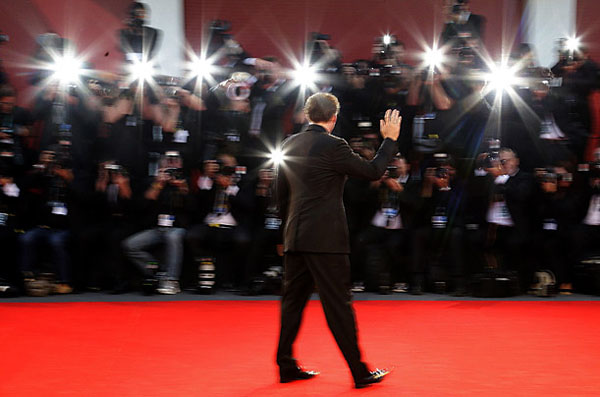 It IS the biggest, the glitziest, the most prestigious, the most hair-pulling frustrating event on the film calendar. The Cannes Film Festival, poised for its 2011 edition is gearing up for what critics are saying could be a vintage year. Hollywood stars like Brad Pitt, Angelina Jolie, Johnny Depp, Penelope Cruz, Sean Penn, Mel Gibson, French First Lady Carla Bruni and jury president Robert De Niro will be out in force….walking the famed red carpet and hitting the French Riviera party circuit.

For true auteurists, the Festival is offering the newest films from a stable of world-class directors. Tonight’s opening night kicker is MIDNIGHT IN PARIS, the 41st film from the wildly prolific Woody Allen. With an all-star ensemble cast that includes Owen Wilson, Rachel McAdams, Adrien Brody, Kathy Bates and France’s First Lady Carla Bruni-Sarkoszy, the film, which was shot in the City of Light, should be a head-turning event on the famed red carpet tonight. French audiences do not have to wait long to see the film in theaters. It opens the day after the Cannes world premiere (with North Americans not far behind with the film opening in the USA and Canada on May 20). 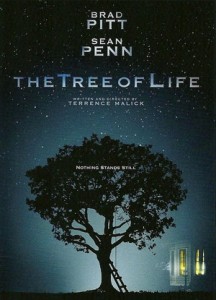 Revered directors will be on tap, including the newest works from such major filmmakers as Pedro Almodovar, two-time Cannes winners the Dardenne Brothers, previous Palme d’Or laureates Lars Von Trier and Nanni Moretti, and Japanese cult director Takashi Miike. However, perhaps the most anticipate new film comes from Terrence Malick, a reclusive director who has made only five films in his entire 30 year career. The eagerly awaited THE TREE OF LIFE, co-starring Brad Pitt and Sean Penn, already has cinephiles buzzing. If it lives up to its advanced hype, it may be the one to beat for top awards this year. This year also promises to be a strong year for women directors, who have directed four out of the twenty films in the Main Competition. Buzz is already beginning to build for WE NEED TO TALK ABOUT KEVIN, Scottish director Lynne Ramsa’s adaptation of a bestselling novel by Lionel Shriver and SLEEPING BEAUTY, a haunting erotic fairy tale by Australian helmer Julia Leigh. The female contingent is also represented by French actress/director Maiwenn Le Besco for the fim POLISSE, about a photographer who begins an affair with a cop, and Japan’s Naomi Kawase who returns to Cannes with HANEZU NO TSUKI, four years after winning the Grand Prix Award in 2007 for THE MOURNING FOREST.

In a late announcement last week, the Festival has added two Iranian films to the program. Jailed Iranian filmmaker Jafar Panahi along with his colleague Mohammad Rasoulof will have two films in this year’s Official Selection. Both were recently convicted by Iranian officials of treason and are currently serving six year prison sentences and a 20 year ban on their working in the cinema industry.  In solidarity with the filmmakers, the Festival is screening THIS IS NOT A FILM, a video diary made by Panahi as he waits to confront his accusers in open court, and GOOD BYE, directed by Mohammad Rasoulof.

Aside from the screening galas (and the parties that accompany them), Cannes is also the place where the world’s film professionals gather to sample new titles or pre-buy those slated for production. The Cannes Film Market is the largest in the world, with over 7000 professionals expected to fly in for most of the event. After several years of austerity, the Palais de Cinema market area will be filled with booth exhibitors and the area hotels will be taken over by an army of film companies setting up shop for the Festival dates. After a five year period of disappointing sales, the industry is hopeful that the revived but fragile economy and the new revenue streams represented by video downloads will turn around the fortunes for the mass of films that do not share the prestige or notoriety of the films in competition.

Because that is truly what Cannes is…..a mix of high art and low culture, the appreciation of auteurist cinema and the place where chopsocky and exploitation films are sold with wild abandon in the halls of the Market and hotel corridors. It is a place where a new filmmaker can make a valuable contact and where oldtimers still ply their trade with the little capital they still have left from the go-go days of the 1990s. All will be attendace at the three ring circus we call the Cannes Film Festival. For more information, visit the Festival’s office website: www.festival-cannes.com