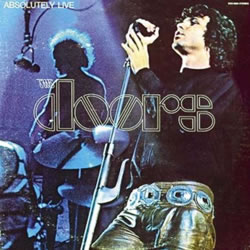 The subject of music, its influences, its artists and its role in cultural life, are examined in the 18 music-themed documentaries that are being showcased this week at IDFA, the International Documentary Festival Amsterdam, the largest gathering of docu-files in the world. Aside from the films themselves, IDFA is sponsoring Dance Nights in the festival center Escape every evening, with performances by an eclectic array of DJs and bands.

The film program embraces a wide spectrum of musical styles, including classical, opera, techno, hip-hop, punk, rock, jazz, country and soul. Pianomania by Lilian Franck and Robert Cibis, for example, tells the story of a concert technician and piano tuner working for Steinway & Sons’, who helps a number of famous concert pianists in their search for the perfect sound. Genius Within: The Inner Life of Glenn Gould by Michèle Hozer and Peter Raymont is an alternative look at the legendary Canadian pianist Glenn Gould.

Soundtrack for a Revolution by Bill Guttentag and Dan Sturman uses interviews, historical fragments and new performances of ‘freedom songs’ to show the importance of this music in the early 1960s for the Civil Rights movement. Tom Dicillo’s When You’re Strange deals with the rise and fall of legendary rock group The Doors, against the backdrop of the era with which the band became synonymous: the war in Vietnam, Woodstock and the student protests.

In the early 1970s, English band Dr. Feelgood heralded the impending punk rock revolution. In Oil City Confidential, director Julien Temple – famous for his concert recordings and music films – has created a snappy, stylized portrait of the band against the background of its home town, Canvey Island in Essex. Last Saturday, Julien Temple delivered the first IDFA Media Fund Lecture, in which he discussed his 20 year career in film, video and installation art.

The political and social roles music can play in modern society are also presented in a number of films, including Omar Majeed’s Taqwacore: The Birth of Punk Islam:a portrait of a group of young Muslim punk musicians who escape, through their music, from the restrictions imposed by orthodox Islam. New Muslim Cool follows an Islamic hip-hop artist, who, having spent years as a drug dealer, now talks to young people in schools.

Music runs into the night here in Amsterdam…….