Aside from the smorgasboard of films on tap at this year’s 10th Tribeca Film Festival, which runs through Sunday, the event has been filled with very interesting film panels and talks. One of the most interesting took place on Tuesday entitled Digital By Design. Paramount Digital Entertainment president Tom Lesinski led a panel of experts to discuss how social media can assist in both the marketing and the distribution of independent films.

Now that more movies are being distributed digitally through Facebook, it is becoming clear that social media platforms like Facebook and Twitter will hold promise for digital distribution of libraries of films. While Hollywood titles will certainly benefit, the wave may also bring added viewership and revenue to international and independent films as well. “I think the social media sites as real destinations for video consumption” will come into focus, Lesinski offered. “That technology will create even more opportunities for movie consumption in places you would have never guessed. Wherever there is a large audience, Hollywood will try to get a movie in front of those people.” 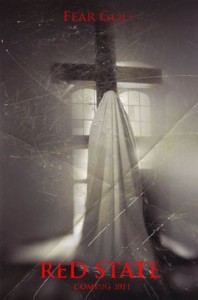 Twitter has also started playing a key role in the indie sector. Cinetic Media honcho John Sloss gave a current example of the platform’s key role in marketing Kevin Smith’s RED STATE. Smith, who has nearly 2 million followers on Twitter, “has been saying this to me for years — that he doesn’t have to work for the studios, because he works for his public,” Sloss emphasized. Miramax CEO Mike Lang added that what may be holding back digital content usage for now are such issues as consumers not being sure if digital content will work on all devices. He called for delivery platforms and devices to be interchangeable, as well as cautioning that content must be priced at reasonable rates. “Without that, “I don’t see how as an industry we will ever really drive a digital purchase economy,” Lang concluded.

Online and social media platforms might mimic the success that films are finding in VOD platforms on cable and satellite television systems. Already VOD is becoming a key part of deal-making in the indie film sector, promising added revenue when theatrical releases for many independent and international films are anemic and the DVD market remains in decline. “This is the way of future and in some ways it is already here”, Cinetic Media’s John Sloss summed up.