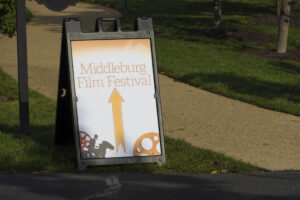 The 2021 Middleburg Film Festival (which ran October 14-17) was my first in-person festival since the COVID-19 pandemic began. Last week, I offered my choices of five films to see there. With my boots on the ground, I had the chance to watch more, and mostly enjoyed what I saw. Kenneth Branagh’s Belfast and Jimmy Chin and Elizabeth Chai Vasarhelyi’s The Rescue took home the audience awards, for narrative and documentary, respectively. Those films are both worthy works, but there were certainly others, at least on the narrative side, equally or more so. Here’s my take.

I missed opening night, though I heard from fellow critics that Reinaldo Marcus Green’s King Richard was a strong entry. It opens November 19, and I look forward to catching it before then. On the final day, I also missed Joe Wright’s Cyrano; from the faces of the critics I spoke to afterwards, it was clear it was a pretty profound experience for them. That movie opens December 31.

For me, it was Mike Mills’ C’mon C’mon that proved the true standout, affecting me more than any film has in a while. Starring Joaquin Phoenix (Joker) as Johnny, one of the producers of a StoryCorps-like public radio program focused on children, the film follows him as he volunteers to take care of his nephew, Jesse (an affecting Woody Norman), when the latter’s mother, Viv (Gaby Hoffmann, Manhattan Romance), has to take care of her bipolar husband. Slowly, catching us unawares, Mills (20th Century Women) builds a seemingly gentle drama about love, loss, connection, and the ways that past and present collide that, by its end, packs a powerful punch. I found myself suddenly convulsed by tears, not fully comprehending what was happening to me, since everything is pitched at what feels like a low emotional level. Quite the contrary, that subtle aesthetic, combined with lovely black-and-white imagery, delivers a series of truly cathartic moments. This is, so far, my favorite film of the year. It opens November 19, as well.

I also caught, either via screener or at the fest, Mia Hansen-Løve’s Bergman Island (which I reviewed for this site last week), Paolo Sorrentino’s The Hand of God, Stephen Karam’s The Humans, Clint Bentley’s Jockey, Sean Baker’s Red Rocket, Alexandre Moratto’s 7 Prisoners, and Pablo Larraín’s Spencer. That last one was my one big disappointment. Though Kristen Stewart (Underwater) gives it her all as Princess Diana, the film suffers from a frustrating lack of cohesion, never able to make us empathize with its protagonist in meaningful ways. While the British royal family comes across the worst, Diana also ends up seeming like nothing more than a spoiled child unaware of her privilege. An intrusive musical score does not help. But the rest of the aforementioned movies should all be seen. Stay tuned for some reviews, and at least one interview.

As for the actual act of attending, I had a mixed reaction. It was wonderful to be back in Middleburg, to see both the place and the people, including my fellow critics. Unfortunately, despite very clearly stated mask mandates which included neither food nor drink in the screening spaces, not everyone followed the rules, and there was zero enforcement. True, we were all required to be vaccinated and to have been tested within 72 hours prior to arrival. Provided no one avoided those strictures, then we can but hope that the risk of infection was low. So far, so good. But it always galls when some folks think they can ignore what has been clearly stated. Welcome to the human race. Beyond that, I had a great time, and look forward to 2022!