Flush from his Oscar victory this year with THE KING’S SPEECH, Harvey Weinstein is in Cannes on a buying spree. The Weinstein Company has acquired two high profile films in the Festival, the martial arts film DRAGON and the black and white period comedy THE ARTIST. DRAGON, directed by Peter Ho-Sun Chang, is screening in the Cannes Midnight Section. It is descriged as an “an action-packed tale of crime, family and redemption.”, starring an international cast that includes kung fu star Jimmy Wang Yu in his first film appearance in 17 years. Michel Hazanavicius’ THE ARTIST, a silent period comedy with an all-star international cast, is in the Main Competition section and is in the running for the Palme d’Or. 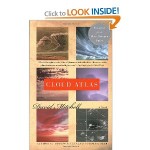 Focus Features International, the international sales arm of distributor Focus Features, has a strong lineup for its Cannes slate. Chief among its diverse titles is CLOUD ATLAS, a $100 million event pic from co-directors Andy and Lana Wachowski and Tom Tykwer. The film, based on David Mitchell’s best-selling novel follows six narratives across vastly different time periods, from high-seas drama to 1970s California to dystopian fantasy. The film will star Oscar winner Tom Hanks and be distributed in North America by Warner Brothers. Another film generating buzz among buyers is MOONRISE KINGDOM, the latest film from Wes Anderson with an original script by Roman Coppola. The film, to star Bruce Willis, Edward Norton, Frances McDormand and Tilda Swinton, unfolds in a New England coastal town turned upside down when a young girl and boy run away together. Also generating interest is an untitled Paul Weitz film based on Nick Flynn’s memoir. The film, which stars Robert De Niro, Paul Dano, Lili Taylor, Olivia Thirlby and Julianne Moore is being produced by De Niro’s Tribeca Productions.

The newest film from cult director Gus Van Sant is premiering at the Cannes Film Festival this week. Among the film’s curiosities is the casting of Henry Hopper, the son of actor/director Dennis Hopper who died of cancer in May 2010. In the film, the younger Hopper plays a sensitive young man named Enoch who falls in love with a girl dying of cancer (played by Mia Wasikowska). Henry Hopper has said in interviews that he resisted acting for years and but that this role in this film has helped him understand the death of his father.

Sony Pictures Classics has made its first purchase of the 2011 Cannes Film Festival, acquiring North American and Latin American rights to Israeli director Joseph Cedar’s FOOTNOTE. The film is screening in the Festival’s Main Competition. The film is the story of a rivalry between a father and son who are both Talmud professors at Hebrew University in Jerusalem. Israeli film stars Lior Ashkenazi and Shlomo Bar-Aba headline the cast. The company is also representing several high profile films in the Festival, including Pedro Almodovar’s THE SKIN I LIVE IN, Gus Van Sant’s RESTLESS, the Festival opener Woody Allen’s MIDNIGHT IN PARIS and the Sundance sleeper TAKE SHELTER.