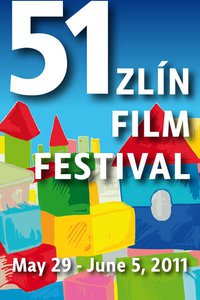 The Zlin Film Festival in the Czech Republic is one of the leading festivals around the world devoted to films, videos and new media works for the children and young adult sector. The Festival, which runs in the UNESCO Heritage City of Zlin in eastern Czech Republic, opened on Monday with the world premiere of IN THE DUVET, a new Czech film that is the first made completely in 3D. The film will unspool in the historic Grand Cinema, one of the last remaining movie palaces in Eastern Europe. The film will ultimately be released in cinemas in mid-June.  The showcasing of the film, which contains 22 original songs composed by René Rypar from the band Support Lesbiens, marks the first time in the 51 year history of the Festival that a 3D film will open the event and also be in the running in the Golden Slipper competition. Thus begins the magic of Zlin……

IN THE DUVET is a musical comedy shot in a playful style in the tradition of the musical mega-hit MAMMA MIA. The film takes audiences to a magical world that exists under the duvet covers of a child’s bed, with an extraordinariness that only computer animation can offer. The film features an exciting cast of Czech stars, including Lucie Bílé, Karel Roden,  Jiří Mádl, Anna Stropnická, Eliška Balzerová, Bolek Polívka, Nikol Moravcová, Arnošt Goldflam, Nina Divíšková, Amélie Pokorná and Matěj Převráti.

The director František A. Brabec is a Czech film director and cinematographer who completed his studies at the famous film school FAMU in cinematography. He started making short documentaries while still a student. As a cameraman at the famed Barrandov Studios for ten years, he took part in the making of a number of successful Czech films – working with director Jan Svěrák, among others. He made his debut with the award-winning film KING UBU (1996). He also directed films such as WILD FLOWERS (2000), BOLERO (2004) and MAY (2008). He has also made many music videos and television and cinema commercials. 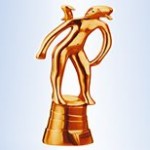 The 51st annual Zlin Film Festival takes place in Zlin and several other cities in the Czech Republic from May 29 to June 5. Besides the four traditional international competitions (feature film for children, feature film for youth, animated film and European debut) it will provide a whole range of non-competitive sections called “informative sections”. Among the most important will be the Days of Italian Cinema, which features both classic and contemporary films, the Hungarian Film Forum, a survey of new Hungarian titles and a tribute to the films of Walt Disney. For more information on the Festival’s offerings, visit: www.zlinfest.cz/en