With the world industry heading to Toronto in two weeks for the annual Toronto International Film Festival, it is a huge opportunity for local filmmakers and dealmakers to put their best foot forward. Traditionally, the Festival has long been a major supporter of Canadian cinema, which within its own boundaries is as diverse as the world cinema offerings on tap. From the French-language films from the province of Quebec, to the outdoor influence of British Columbia to the Hollywood-on-the-lake ambience of Toronto, Canadian cinema is a world unto itself. 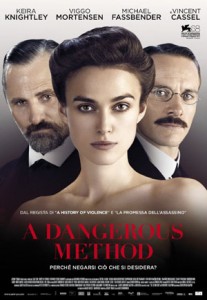 This year, the Toronto International Film Festival will showcase 25 native feature films and 43 native shorts. The list includes some a mix of veterans such as David Cronenberg, Sarah Polley, Guy Maddin, Bruce McDonald, Lea Pool, Jean-Marc Vallée and Mary Harron, as well as new works from Carl Bessai, Mike Clattenburg, Mike Dowse and Philippe Falardeau. Among the most anticipated are A DANGEROUS METHOD by David Cronenberg, which stars Viggo Mortensen, Michael Fassbender and Keira Knighley; TAKE THIS WALTZ by actress-turned-director Sarah Polley, which stars Seth Rogen, Michelle Williams and Sarah Silverman; CAFÉ DE FLORE, the newest film from Jean-Marc Vallée, the director of the cult favorite C.R.A.Z.Y.; SISTERS & BROTHERS by Carl Bessai which will have its world premiere in the Special

The Festival’s Canada First! Program, which celebrates new and provocative Canadian auteurs, will include seven new films, of which three are world premieres. Here is the list of the films in that section:

Thirteen-year-old Jesse wants to be an artist, but believes that his mundane middle class Toronto life has left him unprepared. After reading a book on what it takes to be a “true artist,” he sets out looking for risk, ecstasy, wildness and women.

Leave It On The Floor

This indie-narrative musical is set in the drag-ball community memorialized in the documentary Paris Is Burning. With 11 original songs by Beyoncé‟s musical director Kim Burse and choreography by Beyoncé choreographer and “Mr. Single Ladies‟ Frank Gatson Jr., the film tells the story of a young African American thrown out by his narcissistic mother for being gay. He stumbles upon a competitive drag ball organized by runaways and throwaways where he ultimately finds a new home and family.

Clara and Nikolaï meet at a rave. They return to Nicolaï‟s apartment and make love. Afterwards, instead of parting, the two lovers divulge their deepest secrets to one another. Starring Catherine De Léan and Dimitri Storoge.

In The Odds, a murder mystery set in the world of illegal teenage gambling, 17-year-old Desson Orr must find his best friend‟s killer before the game is exposed.

The Patron Saints is a disquieting and hyper-realistic glimpse into life at a nursing home. Bound by the candid confessions of a recently disabled resident, the film weaves haunting images, scenes and stories from within the institution walls. Sidestepping conventional documentary methods for a heightened cinematic approach to storytelling, the film employs lyrical realism and black humour in its charged portrait of fading bodies and minds.

Romeo Eleven is the intimate portrait of a shy young man looking for love in all the wrong places. A path of lies slowly catches up to him before leading the audience to a surprising and moving conclusion.

On a dairy farm in the Eastern Townships, in the middle of a drought, an accident will disrupt the life of the Santerre family. Forced to band together like never before, they will have to learn to forgive. Starring Pascale Bussières, Luc Picard, François Papineau and Gabriel Maillé.

Here is the list of Canadian films in all the various TIFF sections:

i am a good person/i am a bad person