With the Tribeca Film Festival reaching its mid-point, one does not necessarily have to be in New York to be part of the excitement. The Tribeca (Online) Film Festival, supported by founding partner American Express, is a pioneering digital initiative that allows audiences across the USA to view feature and short films for free and worldwide audiences to engage with filmmakers and industry experts as the Tribeca Film Festival’s 10th edition runs concurrently in lower Manhattan from April 20 to May 1. 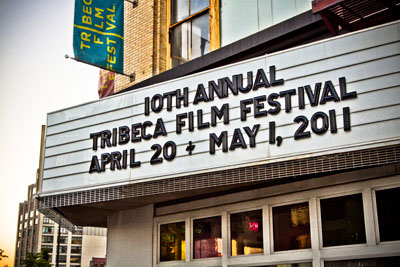 Tribeca (Online) is employing the latest digital video and web technology to deliver an immersive, interactive experience unlike any other, re-contextualizing Festival content and presentation. The multi-dimensional experience features five areas: Festival Streaming Room, Live From…, Tribeca Q&A, Filmmaker Feed, and the Future of Film blog. The Streaming Room is hosting six feature films from the Festival lineup along with 18 short films, four of which are world premieres and nine others that have debuted at previous Tribeca Film Festivals. Each film will have three to five 24-hour screening windows, during which there will be a select number of “seats” available. Using an innovative digital reservation system, viewers can reserve “seats” at www.tribecaonline.com. Online viewers will also be able to vote for the Best Tribeca Online Feature Film, a prize of $25,000, sponsored by American Express, and Best Tribeca Online Short Film, a prize of $5,000, sponsored by Accenture.

Among the feature films available for online viewing on a VOD basis are: DONOR UNKNOWN (Jerry Rothwell, UK), a documentary on the first generation of “test tube babies”; FLOWERS OF EVIL (David Dusa, France), the story of the love affair between an Algerian-French hotel bellman and an Iranian student forced to leave her country for her own safety after the controversial elections in 2009; MY LAST ROUND (Julio Jorquera, Chile), a gay-themed drama about a successful boxer who falls in love with a kitchen worker in the capital city of Santiago; NEON FLESH (Paco Cabezas, Spain), a mix of crime drama 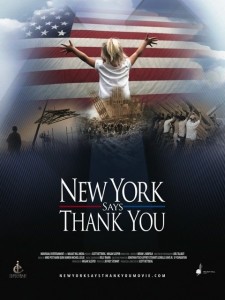 and outrageous comedy as a young hustler and his hoodlum buddies open a whorehouse as a tribute to his hooker mother; NEW YORK SAYS THANK YOU (Scott Rettberg. USA), a documentary profile New Yorkers whose lives were touched by September 11, as they travel the country helping communities rebuild after disasters; and RABIES (Aharon Keshales and Navot Papushado, Israel), a slasher horror film about a psychotic serial killer on the loose in the woods who crosses paths with a group of unsuspecting teenagers.

In Live From….online audiences across the globe will have the ability to watch live streams of Festival events, including the opening press conference, red carpet premieres, and the awards show. Viewers will also have the opportunity to engage with other audience members and onsite participants. Tribeca Q&A offers the online audience the opportunity to engage with the larger online community, one another, and experts by submitting questions to a pool of 20-25 exciting film and new media experts from Tribeca’s Jane Rosenthal, Geoff Gilmore, and Nancy Schafer, to Whoopi Goldberg, and Brian Williams, and filmmakers David Gordon Green and Zach Braff, plus a host of participating Tribeca (Online) filmmakers, programmers, actors, jurors, film experts, and more. Community members will vote on individual questions, and top-rated queries will be submitted for official response, made available to the public.

The Filmmaker Feed contains aggregated information on all Tribeca (Online) Film Festival filmmakers, each of whom will have a custom page on the feed, with a biography, interviews, favorite links, social media feeds (Twitter/Facebook), blog posts, vide updates, and more. The Future of Film blog, brings together experts from the worlds of film and technology to comment on the ever-changing media environment in featured posts. For more information, visit: www.tribecaonline.com