The 64th edition of the Cannes Film Festival is now history, but two standout personalities on opposite poles of the spectrum have defined this year as one of the most unusual in memory. In one corner, we have the Danish filmmaker provocateur Lars Von Trier whose verbal missteps about Nazism at his press conference led to an unprecedented ban by the Festival’s board of directors. In another corner, we have Jafar Panahi, the Iranian filmmaker languishing in a Teheran jail whose fate has been the subject of unbridled concern support from the film establishment. That both of these oversized personalities could have co-existed at the world’s biggest film festival is worthy of their being the co-participants of this week’s Person of the Week spotlight. 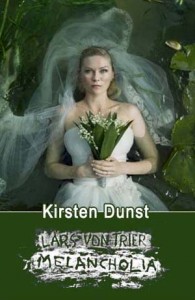 Von Trier, the iconoclastic Danish filmmaker who seems to delight in provocations with the industry powers that be, stunned the international press attending last week’s press conference for his latest film MELANCHOLIA.  Flanked by his stars, Kirsten Dunst and Charlotte Gainsbourg, Von Trier responded to a question from a journalist about statement he had made indicating his fascination with Nazism by stating that “I used to think I was Jewish, but then I found out I was really a Nazi because my family was German.” In a rambling soliloquy, he kept digging himself deeper and deeper as he went on about Jews, Israel, Nazis, Hitler and the Nazi architect Albert Speer. “I am of course very much for Jews,” he tossed in. As people began to squirm in their seats, he apparently would not or perhaps could not shut up. He finally ended his verbal rambling with a resigned little laugh and the disastrous words, “O.K., I am a Nazi.” 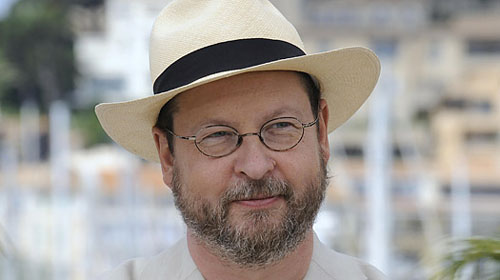 The comments soon went viral and the entire film festival seemed to stop in its tracks as people responded to the director’s misstatements. Although he apologized for his comments later in the day, it was clear that he had crossed a dangerous line, since anti-semitic speech and advocacy for anything Nazi is against the law in France. His freakish sideshow seemed to be a distinctly self-destructive move, which he later blamed on his new found sobriety after years of heavy drinking and deep depression. However, no excuse was considered redeemable to the Festival’s board of directors, who proceeded to denounce the director and dub him “persona non grata”, literally banning him from any festival buildings and from attending Sunday’s awards ceremony, where his film continued to compete for top honors.

This is not Von Trier’s first bout with controversy at Cannes. In 2009, when he premiered his controversial and sexually explicit film ANTICHRIST, he declared to attending journalists that he was “the greatest filmmaker in the world”. While a statement like this smacks of hubris and an overinflated ego, the truth is that Von Trier has usually had his tongue firmly in cheek and knows what kind of provocative strings to pull to feed the media circus. However, this time his clown show crossed the line to being insensitive and in questionable taste. Any hint that he was using the Nazi horror against the Jews for self promotion is enough to light a spark of indignation among the attending industry, many of whom are, in fact, Jewish themselves.

Although is first reaction to the Cannes ban was to declare that “I’m very proud of being personal non grata….I’ve never been that before in my life and that suits me extremely well”, he now has toned down the bravado and has made a public show of contrition for his statements. “Maybe it would be good for me not to come to Cannes anymore”, he declared in a follow up statement. Might be a good idea, Lars.

Magnolia Films, which purchased the North American rights to MELANCHOLIA before the Festival even began, is still on track to release the film later this year, when presumably the controversy will have died down. The Von Trier imbroglio, aside from being hot news copy, again reiterates that speech can be hurtful and destructive and that the speaker, even if he meant it in jest, is responsible for what he utters and the opinions that he expresses. 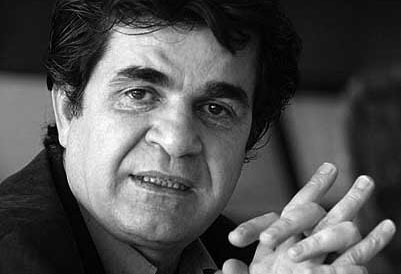 On the far side of this controversy, the Festival made a special effort to honor and throw its support for the Iranian filmmaker Jafar Panahi, who was convicted in March of treason in his native Iran and has been sentenced to six years in prison and a 20 year ban on directing films, writing screenplays, giving interviews or traveling abroad. His arrest was prompted by his declared intention to make a film about the contentious Iranian presidential election in 2009…..a topic that the powers that be clearly found objectionable.

The Festival made the unusual move of adding Panahi’s latest (and perhaps last) film at the last minute to its schedule. THIS IS NOT A FILM is a video diary co-directed by Panahi and Mojtaba Mirtahmasb, that constitutes a daily-in-the-life portrait of Mr. Panahi’s personal ordeal. Shot on digital video with what looks like a consumer-grade camera and a cellphone, the film is a fleeting 75 minutes but offers a compelling first-person narrative of 24 hours in the life of the filmmaker, as he awaits the verdict in his show trial. The film opens with Panahi in his bedroom listening to a phone message and continues through the day as he takes calls, feeds his daughter’s alarmingly large pet iguana, watches news images of the Japanese tsunami, receives a visit from Mr. Mirtahmasb and talks to several other visitors. Possible gunfire and explosions, along with the intermittent wailing of sirens, can be heard throughout. The film was made for 3000 Euros and was smuggled out of Iran to France on a USB thumb drive that was hidden inside a cake.

In the video diary, Panahi often looks straight at the camera, by extension addressing the world, explaining the terms of his sentence and saying that he does not want other Iranian filmmakers to put themselves at risk on his behalf. He also describes a movie that he wasn’t allowed to make, about a young woman who hopes to attend university, using masking tape to illustrate the planned set. The Festival is showing the film despite a ban by the government of Iran, who has promised undisclosed sanctions against the Festival in the future. Since the state controls much of the filmmaking operations in the country, it could be that no new Iranian films will be screened at the event for sometime to come.

Panahi has been the subject of official statements, special screenings and gestures of solidarity at a number of key industry events since his initial arrest. At this year’s Berlin Film Festival, a seat was left empty for Mr. Panahi at every screening in the main venue. At the Cannes Film Festival, the last minute inclusion of Panahi’s film (and one by his countryman Mohammed Rasoulof) and strong statements of solidarity from key members of the international film industry have put pressure on the Iranian government. What is most tragic here is that Mr. Panahi has now lost his right to speak  his mind and express his art…..something that Mr. Von Trier has obviously taken for granted. There are many compelling lessons to be learned here about personal integrity and responsibility.