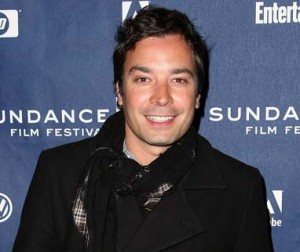 Rumors are swirling in Los Angeles that the Academy of Motion Picture Arts and Sciences is considering late night television host Jimmy Fallon as the host for the 2013 Academy Awards telecast. Also rumored was that Lorne Michaels, the longtime producer of SATURDAY NIGHT LIVE, which introduced Fallon to the world, would come on board as a senior producer of the event. Well, both this week have confirmed that they have been approached, but both have respectfully declined. In an interview with NBC personality Matt Lauer on the Today Show, Fallon addressed the rumors head on. “No, I’m not going to do the Oscars,” he said. “It’s an honor to be asked by the Academy, but it’s not my year.” Fallon’s name first popped up as a possible Oscar host last week in a Los Angeles Times story.