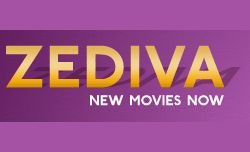 A federal judge in Los Angeles has granted the Motion Picture Association of America (MPAA), the lobbying organization for the major studios, a preliminary injunction against Zediva, a DVD rental service that the industry claims is engaged in illegal online streaming. The company rents its users a DVD player and a DVD, and customers use their computers like remote controls, playing a movie from afar. Instead of getting explicit licenses from Hollywood studios to offer movie streaming to the public, the company believes it is merely renting DVDs for private exhibition. In April, the movie industry sued and challenged the company, on the company offering an unauthorized public video-on-demand service without acquiring online rights from the studios and rights holders in general. The parties now have a week to agree on an injunction that will be consistent with the judge’s order before the case continues. Zediva says it intends to continue fighting. In a prepared statement, a company spokesperson contended that “today’s ruling represents a setback for the hundreds of thousands of consumers looking for an alternative to Hollywood-controlled online movie services. Zediva intends to appeal, and will keep fighting for consumers’ right to watch a DVD they’ve rented, whether that rental is at the corner store or by mail or over the Internet.”