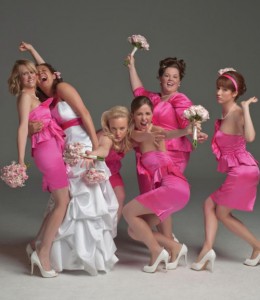 In one of the first weekends of the (early) summer season, indie films released in North America have been no match for the Hollywood action blockbusters that are dominating domestic and international box office figures. Despite all the hoopla this week in Cannes, the road for indie films (even with larger budgets and names attached) is still a difficult one.

The fantasy adventure film THOR easily repeated its number one position at the top of the box office over the weekend. Despite its top dog status, the film did dip 47 percent from last week to $34.7 million, bringing its ten-day total to $119.5 million. Predictions are strong that the Kenneth Branagh-directed actioner will easily pass $200 million.

BRIDESMAIDS, the all-girl comedy that has been described as the “female THE HANGOVER” had an impressive second place opening, at $24.4 million. That is quite a good showing for an R-rated comedy without any major stars (although Kristen Wiig and Maya Rudolph are well known for their stints on SATURDAY NIGHT LIVE). The film debuted at the South By Southwest Film Festival in March, which gives it indie cred despite its being distributed by a major studio. It is also one of the few films around that will attract a strong allegiance from women moviegoers. Universal Pictures has reported that 67 percent of the movie’s audience was female and 63 percent was over the age of 30. 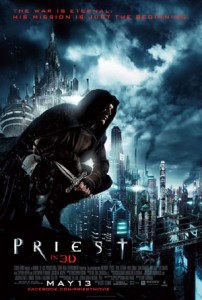 The religious thriller PRIEST scared up just under $15 million in ticket sales. The film may be suffering from a muddled marketing campaign that emphasized its cult graphic novel source material while failing to illuminate any sort of compelling story. With THOR and the Vin Diesel-actioner FAST FIVE currently monopolizing young male audiences and PIRATES OF THE CARIBBEAN: ON STRANGER TIDES opening this weekend, the chances for PRIEST to start gaining traction seems unlikely. Its best hope is to capture the Christian audience whick knows the story from its literary origins. 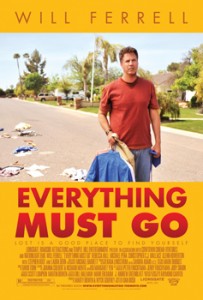 None of the major limited releases premiering this past weekend did much to impress. The Will Ferrell comedy/drama EVERYTHING MUST GO earned a disappointing $791,677 at 218 theaters, averaging a meager $3,632 per site. The festival cult hit HESHER fared even worse, scoring just $126,046 at 40 venues despite the presence of cult favorites Joseph Gordon-Levitt, Natalie Portman and Rainn Wilson. The major loser of the weekend was GO FOR IT, a Lionsgate release. The film made just $119,714 at 218 theaters for an embarrassingly low per-theater average of $505. National Geographic found slightly more success with the education documentary THE FIRST GRADER, which took in $22.6k on three screens, but the 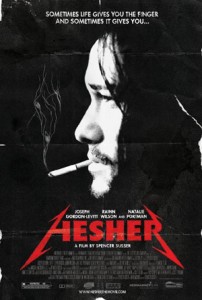 Texas indie pic SKATELAND, which did get most positive reviews, was positively anemic with only $5.1k on two screens. The week’s biggest per-screen average belonged to the French documentary on fashion couturier Yves St. Laurent, L’AMOUR FOU, which grabbed $36k worth of audiences at two locations.

It is quite hard for the indies to compete when so many summer blockbusters are coming down the pike. That is perhaps why so many indie distributors wait until August, when the summer blockbusters have begun to thin out, to have their chance at gaining some box office gold. The Fall, with its run-up to awards season, remains the most opportune time to release more “serious” fare, although Woody Allen, forever bucking the system, will try his hand at luring more sophisticated audiences when his latest film MIDNIGHT IN PARIS opens on Friday, directly from the Cannes Film Festival.