The MTV Movie Awards may not have the glitz and glamour of the Oscars but they are a far better barometer of the general public’s taste in movies, particularly the highly prized teenagers and twenty-somethings who make up the bulk of the movie going audience. So it is interesting to see which films of the past year were strongly recognized in the MTV Movie Awards nominations announced on Tuesday. The irreverent awards gala will be hosted by Saturday Night Live’s Jason Sudeikis and air live on Sunday, June 5th. 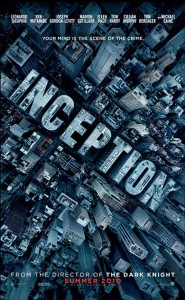 It should come as no surprise that the big nomination winner was ECLIPSE, the third installment in the widely successful TWILIGHT vampire series. The film, which made stars of it leads Robert Pattison, Kristin Stewart and Taylor Lautner, received a total of 8 nominations.  Other films that received a large number of nominations include the trippy sci-fi epic INCEPTION (with 7 nominations), the zeitgeist film of the year THE SOCIAL NETWORK (with 5 nominations), and KICK-ASS (with 3 nominations). 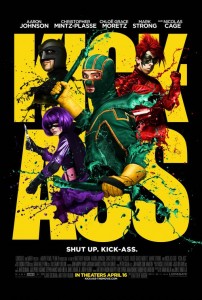 One of the great things about the Awards is that, unlike the Oscars, it does not really take itself that seriously. Aside from the usual awards season categories like Best Film, Best Director, Best Actor and Best Actress, this awards show is not afraid of being goofy and nominating films in such categories as Best Kiss, Best Villain, Best Fight, Best Scared As Shit Performance and Biggest Badass Star. This year, the nominating committee has an interesting new category to the mix: “Best Line” (if THE SOCIAL NETWORK’s “You know what’s cool?” exchange doesn’t take home the prize, we’ll be stunned). Other personal speculations: Chloe Mortez as “Biggest Badass Star” for her role in the karate chopping KICK-ASS; Mila Kunis and Natalie Portman’s Sapphic clinch in BLACK SWAN as Best Kiss; and ECLIPSE winning almost everything else.  So what do you think? Here are the nominations to choose from:

Adam Sandler, “Just Go With It”
Ashton Kutcher, “No Strings Attached”
Emma Stone, “Easy A”
Russell Brand, “Get Him to the Greek”
Zach Galifianakis, “Due Date”

BEST LINE FROM A MOVIE (new)

Alexys Nycole Sanchez, “Grown Ups”: “I want to get chocolate wasted.”
Amanda Bynes and Emma Stone, “Easy A”: Amanda Bynes: “There is a higher power that will judge you for your indecency.” Emma Stone: “Tom Cruise?”
Jesse Eisenberg, “The Social Network”: “If you guys were the inventors of Facebook, you’d have invented Facebook.”
Justin Timberlake and Andrew Garfield, “The Social Network”: Justin Timberlake: “… A million dollars isn’t cool. You know what’s cool?” Andrew Garfield: “A billion dollars. And that shut everybody up.”
Tom Hardy, “Inception”: “You mustn’t be afraid to dream a little bigger darling.”