The big screen adaptation of THOR hammered out an estimated $66 million at 4000 theaters in the United States, easily dominating the weekend’s box office. Since the film opened overseas two weeks ago, its net total is more than $200 million worldwide, and it seems on its way to becoming the most profitable film of the season so far (third highest first weekend gross of a Marvel Comics movie after  SPIDER MAN and IRON MAN). Nearly 60% of the business comes from 3D presentations,, with the remaining 40% being presented in standard 2D. All this is good news for distributor Paramount Pictures.

The other big studio grosser was the action film FAST FIVE, starring Vin Diesel and Dwayne “The Rock” Johnson, which has tallied up $140 million in North America and overseas. The third film in the FAST AND FURIOUS franchise, its weekend grosses were down over 60 per cent in its second weekend of play, indicating it will probably not pass THOR in overall international receipts. These two films mark the beginning of the lucrative summer season where big budget extravaganzas and action-oriented flicks dominate. 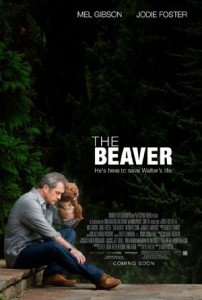 In the specialty sector, things were considerably more grim. Speculation was high for THE BEAVER, a quirky drama starring Mel Gibson and Jodie Foster, which was the long-awaited third directorial effort of the Oscar-winning actress. Its opening weekend has been positively anemic, grossing a little more than $100,000 at 22 locations in limited release. Despite some strong critics’ reviews and buzz generated when it world premiered at the South By Southwest Film Festival in March (and to be featured in the next two weeks at the Cannes Film Festival), the film represents the worst debut of a Foster-directed film and points to signs that Mel Gibson’s reign as a box office champ may be coming to a close. Of course, the story’s off kilter premise (severely depressed husband and father lets his freak flag fly via a hand puppet in the shape of a beaver) may be the main reason that audiences apparently are ignoring it. Modestly budgeted at under $20 million, the film should make back its money with an expanded rollout in North America over the next month and in international release, but the buzz is definitely downbeat.

Other limited releases also have struggled to make an impression on their opening weekends. THERE BE DRAGONS, the latest historical epic by Oscar-nominated director Roland Joffe, has scored less than $700,000 at 250 locations Two other movies with high-profile talent fared even worse. LAST NIGHT, a romantic drama featuring Keira Knightley and Sam Worthington, failed to generate more than $30,000 at ten different locations. PASSION PLAY, a quirky fable starring Mickey Rourke, Megan Fox and Bill Murray was practically comatose, generating less than $2000 at two theaters (one in LA, one in NY). It is hard to see how these films will still be around for much longer, so if you are curious to see them……run, do not walk, to the theater today. 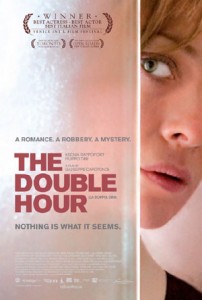 Some indie holdovers are doing decent business as they expand beyond the key theatrical markets of New York, Los Angeles and San Francisco. Werner Herzog’s beautiful 3D documentary CAVE OF FORGOTTEN DREAMS, which brings audiences face to face with the haunting prehistoric wall paintings of the Chauvet Caves of southern France, has expanded from 5 to 50 screens, already grossing $575,000 for distributor Sundance Selects (a joint venture between the Sundance Institute and IFC Films). Another comer is the Italian thriller THE DOUBLE HOUR, which has already passed the $250,000 mark and continues to expand its theatrical profile as the “foreign film of the moment”. Other films that are continuing to draw modest crowds include INCENDIES, the Middle Eastern drama by Quebec director Denis Villeneuve ($230,000 total); POM Wonderful Presents: THE GREATEST MOVIE EVER SOLD, documentary filmmaker Morgan Spurlock’s satire on American brand marketing ($350,000 total); and  MEEK’S CUTOFF, Kelly Reichardt’s moody Western starring Michelle Williams ($210,000 total). Of course, these figures only represent the theatrical grosses, which may become loss leaders for their eventual lives on cable, DVD and VOD…..but the challenges for indie and international films remain strong in a theatrical season that will soon be dominated by such films as THE FANTASTIC FOUR and PIRATES OF THE CARRIBEAN.