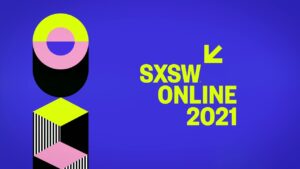 Just before the start of this year’s virtual SXSW, Matt Patti and I each presented our recommendations of what to see at the festival. In my case, the five films I mentioned were all ones I had already watched via advance screeners. I could and still do vouch for them. They were, in alphabetical order: Lily Topples the World, The Lost Sons, Potato Dreams of America, Tom Petty, Somewhere You Feel Free and Women Is Losers. I reviewed all of them in for Hammer to Nail, the other site for which I write, and each title just listed is hyperlinked to its review there.

I then reviewed seven additional films for this site, which were, again in alphabetical order: Alien on Stage, The Drover’s Wife: The Legend of Molly Johnson, Gaia, Soy Cubana, The Spine of Night, United States vs. Reality Winner, and WeWork: Or the Making and Breaking of a $47 Billion Unicorn. Finally, I reviewed one episodic premiere: Amazon’s Them. What follows now are brief capsule reviews of five more films, all, as per the ones in the above first paragraph, reviewed in full at Hammer to Nail (with their titles also hyperlinked to those pieces if they have already been published). These capsules are excerpts from the longer reviews.

Girl meets boy, boy meets girl, however it goes over the summer, and each lies to the other about their true identity. Lo and behold, they soon find themselves at the same high school, where the truth comes out. The love they thought they shared was based on fiction, and with hearts broken, they drift apart. Sound familiar? No, it’s not Grease, though the plot bears some more-than-superficial similarity to it. We’re talking Best Summer Ever, an equally delightful musical from directors Michael Parks Randa and Lauren Smitelli, featuring a cast of actors with and without disabilities, all integrated together in a dizzyingly fun romantic dramedy.

By now, unfortunately, no one in America should be surprised by violent tragedies occurring in our nation’s schools. In recent movies like And Then I Go and Us Kids (to name but two), shootings take center stage, documentary and fiction filmmakers exploring lead-ups to, and aftermaths of, the events. Childhood can be hard enough without the threat of death hanging over you. We have a problem in the United States that we refuse to address, at our own mortal peril. In her feature debut, actress-turned-director Megan Park (perhaps best known for her role as Grace Bowman on the ABC Family series The Secret Life of the American Teenager) examines how yet another high-school attack affects the lives of a small group of survivors. Stunningly photographed and filled with powerful performances from its mostly teen cast, the film is as much paean to resilience as elegy for lost innocence, and a must-see for all.

Rooted in unfathomable tragedy lies a mystery beyond comprehension. Such is the fantastical thriller swirling around Laura (Andrea Riseborough, Nancy), a woman who has long since put the dead to rest, only to be faced with a resurrection. When she, husband Brendan (Jonjo O’Neill, The Ballad of Buster Scruggs) and son Tadhg (Lewis McAskie) gain new neighbors on the other side of their split townhouse, little do they realize how much the fresh arrivals will affect them. That family has an 8-year-old daughter, Megan (Niamh Dornan), who so resembles Laura and Brendan’s own little girl, Josie, who died many years ago, that it’s almost overwhelming. When, in addition, Megan starts speaking to Laura as if she remembers things that only Josie could know, it becomes downright eerie. Could this really be her long-deceased daughter come back to life? That is the unsettling question asked in this often emotionally disturbing film.

The Hunt for Planet B (Nathaniel Kahn)

Scheduled to be launched in October of this year, the James Webb Space Telescope represents a monumental achievement in humanity’s interstellar ambitions. The hope is that NASA scientists can use the new device to better study the TRAPPIST-1 solar system, a mere 39 light-years away and a potential source of habitable planets (or at least one, anyway). In his new documentary, director Nathaniel Kahn (The Price of Everything) follows those behind the Webb’s inception and assembly, allowing them plenty of cinematic room to discuss their beliefs in its potential. Even as he points his lens in the direction of the stars, he simultaneously remains grounded in the need to maintain our own world as best as we can. No matter what the future holds, it’s currently the only home we have.

Who We Are: A Chronicle of Racism in America (Emily Kunstler/Sarah Kunstler)

Jeffery Robinson has a lot on his mind. He not only comes to the issues of civil rights and systemic racism from a personal vantage point as an African American, but with a deep knowledge of our nation’s legal history thanks to his work for the ACLU. He’s their deputy legal director and director of the ACLU Trone Center for Justice and Equality. Despite these qualifications, he nevertheless admits that even he did not know all the sordid details of how Blacks in the United States have been subjugated since their arrival as slaves. Now, though, he is ready to talk. The result is a gripping, if long, lecture-cum-documentary, supported by copious interviews and other material gathered as Robinson travels the U.S. to visit various markers of both his and America’s journey to the present

If you are curious to know which films won the Juried Awards, check out the list on the SXSW site. Winners include some of the above-mentioned movies, and others (with one repeat), appear among the Audience Award recipients. It was a good festival, though I cannot wait to attend next year (March 11-20) in person, back in Austin, TX, with a hopeful return to normal. See you in 2022!

SXSW 2021 was an amazing, delightful experience filled with a stellar lineup of mostly impressive films that I am positive will have successful runs once they are released. I really enjoyed most of the films from my curtain raiser and there was also one surprise film that did not make that list that nevertheless impressed me, R#J. Below are five of my favorite films of the festival, with Here Before and The Hunt for Planet B excluded, though I really liked those too, because I reviewed them earlier and shared my thoughts on those in the curtain raiser. Plus, Chris just wrote about them from his own perspective, above.

One of the most intimate and revealing documentaries out there, Demi Lovato: Dancing with the Devil does not shy away from details. The doc centers around Demi’s nearly fatal overdose in July of 2018 but also unearths the harsh reality of Demi’s past and her ongoing struggles with drug addiction, eating disorders, depression and more. The filmmakers spare no expense to get the best interviews they possibly could’ve gotten with people close to Demi as well as many famous celebrities that one would not expect to be in the film. In this total exploration of the pop star’s life from head to toe, Lovato is open and honest throughout the film and is realistic about her future. It is one of the most detailed, insightful, and all around one of the best celebrity documentaries that I have ever seen.

The End of Us (Steven Kanter/Henry Loevner)

Drama is not usually my genre of choice when viewing films, but nevertheless, the Covid-19 drama The End of Us ended up being my favorite film of the entire festival. This well-crafted movie features two exes that have recently broken up and are forced to live together after California issues its stay-at-home order due to the pandemic. The film is filled with relatable struggles that almost everyone has been through during the coronavirus quarantine. Also, the ex-couple are complete opposites yet have perfect chemistry as they try to traverse this new unknown and deal with each other. The performances are all top-notch and the presence of Covid-19 is executed well on the big screen. Funny, heart-warming, authentic, and very timely, The End of Us is a film I believe anyone can enjoy, especially after this last year.

This documentary explores the process of the illegal U.S. OxyContin trade in detail, featuring fascinating interviews with former drug dealers, suppliers, and customers. However, that focus is only one part of the film. Most of its time is spent with the equally compelling lawyers who are trying to stop the opioid crisis by taking on the big pharmaceutical companies that create the addictive pill, whom they refer to as the true culprits for America’s Oxy problem. Through insightful analysis of legal documents, company emails and court hearings, the film makes a solid case that these corporations are not playing by the rules. The Oxy Kingpins brings the viewer into the world of the drug trade and shows us that the real problem is not the small-time street dealers, but rather these large corporations that refuse to take responsibility for their actions.

The Shakespearean tragedy of Romeo and Juliet has taken many forms, but director Carey Williams’s R#J presents the material in perhaps the most intriguing way since the original play itself. R#J takes place almost entirely on a phone screen, as we see the familiar story play out, with a few clever alterations, through text messages, live videos, social media, video chats and more. The unique presentation is intriguing to the viewer and the transitions between platforms are seamless and creative thanks to exceptional editing. The film does attempt to mix Shakespeare’s original dialogue with modern-day slang, which does not always work well, but for the most part the film successfully updates the classic story for modern audiences.

A documentary series that takes a few unexpected turns, Sasquatch has more than initially meets the eye. The film follows investigative journalist David Holthouse as he looks into a personal event that happened in his life. Over twenty years ago, David was working on a marijuana farm in northern California where a supposed Sasquatch attack had killed fellow laborers. Driven and determined, David rounds up everyone he can think of to ask about the situation and see if anyone knows what truly happened that night. However, the monster hunt takes a dark turn as David dives a bit too deep. Suspenseful and tension-filled, the series puts viewers in the shoes of David as we experience the excitement of new information and the disappointment of leads that end up going nowhere. The docuseries gets a bit off-track at times and seems like it is going in circles, but that’s all in a day’s work for an investigative journalist, and we get to experience the thrills and frustrations all the same.