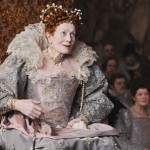 To accurately and intelligently follow ANONYMOUS, you need a copy of Burke’s Peerage.

According to ANONYMOUS, the real writer of William Shakespeare’s entire catalog of work was the Earl of Oxford, Edward de Vere (Rhys Ifans). Because playwriting and poetry was considered beneath the aristocracy, the Earl paid Ben Jonson (Sebastian Armesto) to front the work for him. Jonson, a playwright himself, insulted by the request, found a willing “patsy”, a flamboyant, illiterate Globe actor named William Shakespeare (Rafe Spall) to put on the plays under his authorship. 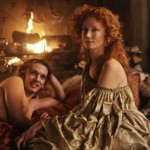 And who was Edward de Vere? The bastard son of the Queen (Vanessa Redgrave)! Not only did the Queen not know who was raising her son, when he (the young Earl of Oxford played by Jamie Campbell) came to court, she (the young Queen Elizabeth I played by Joely Richardson) had an affair with him! And their son became the Earl of Southampton (Xavier Samuel)! Talk about a heralded Virgin Queen! Illegitimate children and then incest? More like Catherine the Great!

[A common myth states that Catherine the Great died as a result of her voracious sexual appetite while attempting sexual intercourse with a stallion at the age of 67!  Catherine the Great’s private life had a large basis in the fact that she took many young lovers, even while in old age.]

First, let’s discuss “The Virgin Queen”. Elizabeth was the daughter of Henry VIII. She became queen in 1558 at the age of 25. Elizabeth refused to marry and created a personal myth that raised her above the ordinary. When Elizabeth ascended the throne of England she deliberately nurtured the notion that she was a ‘Virgin Queen’. Her virginity set her apart as an extraordinary woman, allowing propaganda to raise her to the level of a virgin goddess. 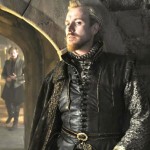 Demands for a legitimate heir did not persuade Elizabeth to marry. Refusing to marry meant she would not lose authority to a husband and childbirth was dangerous for women, who would often made a will before going into labor just in case they did not make it. Many women did not survive childbirth.

These are two very good reasons why a strong, vain woman like Elizabeth would not marry and allow a man to be King of England and her personal ruler; and further, risk dangerous childbirth to provide an heir and please her people.

“I have already joined myself in marriage to a husband, namely the kingdom of England.” Queen Elizabeth 1. 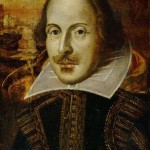 Perhaps echoing this famous template, in his speeches Hitler claimed that he had never married because he was “married to the German people.”

ANONYMOUS offers up the radical theory that (a) Queen Elizabeth was NOT a virgin – far from it and (b) she had several illegitimate children.

Scholars have said that William Shakespeare did not have the education to write the plays and sonnets attributed to him. What did he know of palace intrigues? Could he have written King Lear, Hamlet, Macbeth and Richard lll?

In Oxford: Son of Queen Elizabeth by Paul Streitz, makes the sensational claim that Elizabeth I produced several children, overturning accepted notions of the Virgin Queen. He further argues that the first child, secretly sired in 1548, was raised as Edward de Vere, 17th Earl of Oxford – who is one of the main claimants to the name of Shakespeare for those who do not believe a lad from rural Warwickshire capable of literary genius.

Streitz argues that, after an alleged romance, Elizabeth disappeared at a time. But what happened to this alleged child? Streitz argues he was placed in a safe home – with nobleman John de Vere, the 16th Earl of Oxford, who was forced into a marriage with a woman close to Elizabeth’s advisers against his own wishes to provide that haven. Streitz further argues that Oxford clearly knew of his origins and reflected them in works such as Hamlet and the Sonnets.

ANONYMOUS weaves the tale from the young Queen Elizabeth and her court advisors, to the old Queen and her advisors. Laced into the story is the intrigue over political status in the court and then the story William Shakespeare.

In ANONYMOUS, beautifully directed by Roland Emmerich and written by John Orloff, William Shakespeare is a buffoon. As the plays become famous, he becomes an outrageous character, certainly smashing the image we have had of William Shakespeare.

Redgraves is mesmerizing as the old Queen and clearly eclipses everyone else in the film, fiercely showing off her rotting teeth. Rhys Ifans (remember him from NOTTING HILL?) prances around playing a more aristocratic gent than Prince Charles. Emmerich is unfair to Shakespeare, who would have quickly adopted the role he was assigned to – that of popular, great playwright.

The entire production is beautifully done but confusing. I was not convinced.

My weekly column, “The Devil’s Hammer,” is posted every Monday.http://www.fromthebalcony.com/editorials.php.

If you would like to be included on my private distribution list for a weekly preview, just email me at masauu@aol.com.