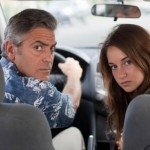 Clooney transforms himself. Praise for Payne in giving Lillard a chance to prove he can act.

Matt King (George Clooney) is a wealthy Oahu lawyer and sole trustee of his extended family’s Trust. The King clan is well known in Hawaii. The many King cousins are all recipients of the Trust set up by great-great-great grandparents who wisely bought up large parcels of pristine land right on the ocean. Two developers want to buy the land to build resorts, casinos and hotels. Under the terms of the Trust, the clan has only seven years left to sell, or else.

With the sale, each cousin will become fabulously wealthy. Matt is already country-club rich but Matt is a spendthrift workaholic! Matt has two major flaws: He works too much and he refused to buy his wife Elizabeth a boat. 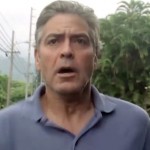 Matt’s whole life is turned upside down when Elizabeth has a reckless waterskiing accident and is now in a coma on life support. Her father Scott (Robert Forster) resents Matt for not buying that boat for Elizabeth. Scott blames Matt for the accident.

Matt is now caring for his pre-teen daughter Scottie (Amara Miller) while other daughter Alexandra (Shalilene Woodley) is at a $35,000 a year college – not at her mother’s side. Why does she hate her mother?

Not able to take care of Scottie, Matt brings Alexandra home but she insists her Jeff Spicoli-like boyfriend Sid (Nick Krause) comes along. Alexandra, sensing her father is not suffering enough already, tells him that his marriage was over. Her mother was having an affair with a younger man, realtor Brian (Mathew Lillard), and was planning on asking for a divorce. 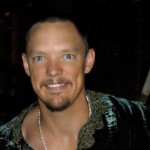 Matt, along with Scottie, Alexandra and Sid, go to Kauai to confront Brian. Matt wants Brian to visit Elizabeth one last time and say goodbye.

Stalking your rival, sending emails to their spouse and trying to ruin their marriage is one way to handle an affair, but inviting your wife’s lover to pay their last respects? It only happens in novels (that become movies).

If only Matt had been a poor slob, but he has a glorious estate in lush Hawaii, a large family he is the benevolent de facto head of, a great career, and is well-respected in the community. Matt has a large support system.

If only he had brought that damn boat none of this would have happened!

The director, Alexander Payne, wrote the script, based on Kaui Hart Hemming’s 2007 novel, with co-writers Nat Faxon and Jim Rash. The scenes with Matt and his daughters are bold and realistic. While the setting is fabulously seductive, it has an “unreal” quality about it.

Matt’s real life problem is like a soda can littering Paradise.

Matt’s voiceover reassures us that even very rich people are miserable when bad things happen – like finding out your wife was cheating on you with an unattractive man.

Keeping with Payne’s favorite topic of sadness and regret, THE DESCENDANTS rests completely on believing that Clooney is this middle-aged character flummoxed by his wife’s accident and forced to take care of his younger daughter. He was an uninvolved father. And then there is the fact that he has been cuckolded.

Clooney effectively puts aside his claim to Cary Grant’s persona by transforming the way he carries himself. He embraces the ordinariness of Matt. Whatever fantasy Matt was living in – and clearly he had no clue what was going on around him – Clooney’s facial expressions announce his character’s total confusion. It is a tough role since everything that goes on impacts Matt. The burden is on Clooney to express a full range of painful emotions.

I did not believe the unrealistic kumbaya of the King cousins. Is Hawaii really Paradise on Earth for everyone? The Kings, their friends and close relatives live in a ghetto of privilege.

The supporting cast is terrific especially Krause who skillfully steps outside the brainless role imposed on him. Woodley and Miller are wonderful. Child actors amaze me. Forster was emotionally bitter and galvanizing. And what about Lillard? In all his interviews, he acknowledges that Payne (and no doubt Clooney) gave him an enormous opportunity. He delivered.